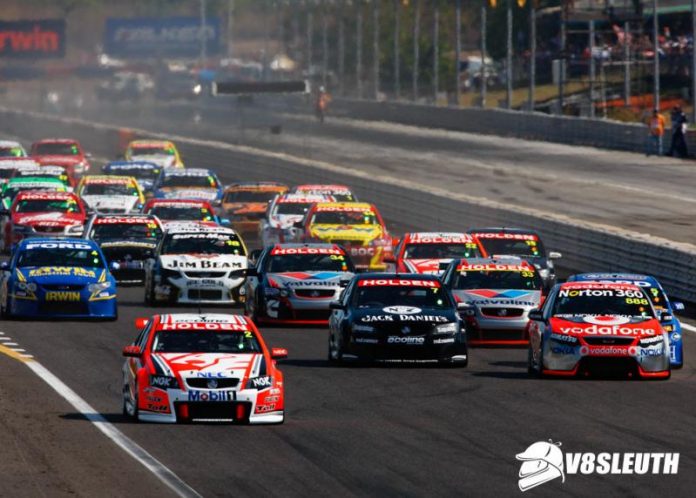 1. This year marks the 20th year that the Virgin Australia Supercars Championship has competed at Hidden Valley Raceway in Darwin. The circuit first hosted the championship back in 1998 and since then a total of 52 individual races have been held.
Mark Skaife holds the record of most race wins by a driver in Darwin – eight – with Craig Lowndes next best with seven. A total of 16 different drivers have won Supercars races at Hidden Valley.

2. No driver has ever claimed the Darwin Triple Crown since it was first introduced in 2006. Previously it had been offered to any driver that could win all three races in a weekend, however with the current format of two races a driver needs to win them both and qualify fastest in the Top 10 Shootout to complete the treble.

3. Shell V-Power Racing has claimed the last six ARMOR ALL Pole Positions in a row in 2017, the first time the team has achieved this since Dick Johnson took the first six poles of the 1988 season. If either Scott McLaughlin or Fabian Coulthard can take pole for the Saturday race in Darwin the team will have taken seven poles in a row for the first time in its history.

4. Qualifying on pole position is no guarantee of a victory at Hidden Valley – only five of the last 21 Supercars races in Darwin have been won from ‘P1’.

5. Wilson Security GRM’s James Moffat will celebrate his 33rd birthday on June 18, the Sunday of the CrownBet Darwin Triple Crown at Hidden Valley.
The youngest driver in the field, Alex Rullo, will turn 17 on the Thursday of race week while Craig Lowndes will turn 43 on the Wednesday after the event.

6. Lowndes holds the record for the closest race winning margin in Supercars history at Hidden Vallley – in 2013 he beat home Mark Winterbottom by just 0.1165-seconds in the race to the line.

8. The VF Commodore is within two races of taking the record for most race wins by a model of car in the history of the Virgin Austraila Supercars Championship. The current model Commodore has 102 race wins, one short of its VE/VE Series II predecessor.

9. Red Bull Holden Racing Team’s Shane van Gisbergen has a streak to keep alive in Darwin of Top 10 Shootouts. The reigning Supercars Champion has made the last 28 Shootouts held in the championship in a row in a streak dating back to Bathurst 2012.

10. The smallest pole position-winning margin at Hidden Valley in Supercars is just 0.0002s – Alex Davison pipped Jamie Whincup to pole by this miniscule margin for the Sunday race in 2010.