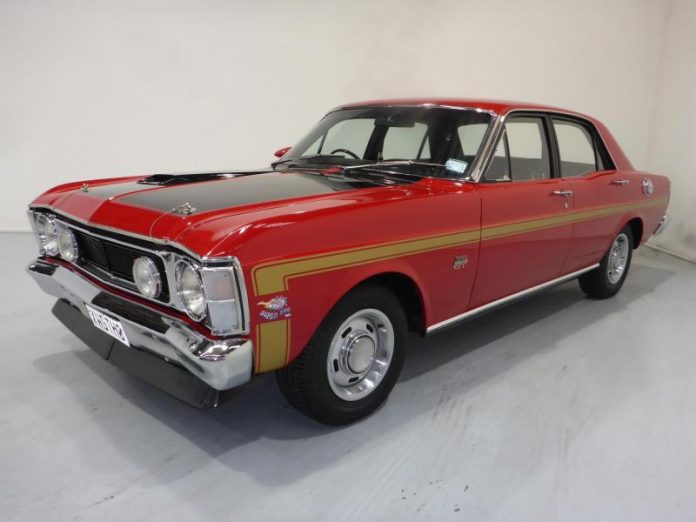 The red manual V8 muscle car was reportedly driven by Bob Holden in the 1970 Hardie-Ferodo 500 at Bathurst.

Holden won the 1966 race aboard a Mini Cooper S alongside Rauno Aaltonen 50 years ago this year.

The Falcon finished 14th outright and fifth in class in the 1970 classic, completing 123 laps, seven down on winner Allan Moffat.

The car featured backing from Alto Ford, for whom Holden worked at the time as manager of its High Performance Division.

It’s understood to have been sent to New Zealand in the early to mid 1970s as a road car and remained there ever since.

For sale via Turners Auctions, the Phase II has 55,973 miles on the clock and online bidding will be available from November 25.

Further details can be found here via the site.