Home News 20 CARS FROM SUPERCARS HISTORY ON DISPLAY IN ADELAIDE 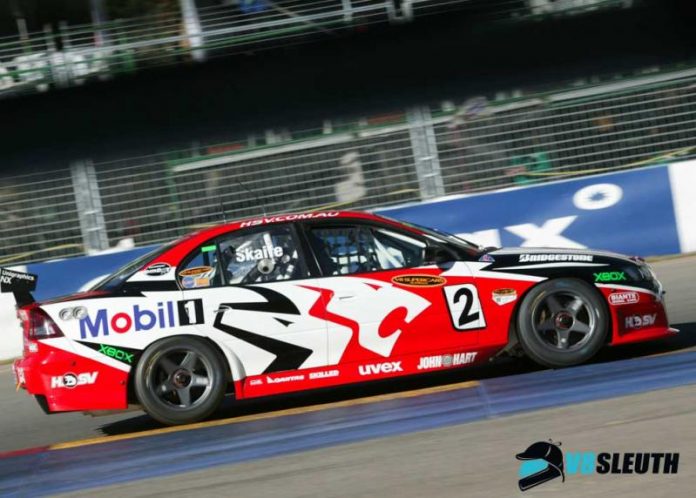 THE 2018 Virgin Australia Supercars Championship is only days away with the 26-car field set to take to the Adelaide streets for the 20th running of the iconic event.

To celebrate the milestone we’ve teamed up with the Adelaide 500 to bring fans a display featuring a selection of memorable and successful Supercars that have tacked the famed street circuit.

Not only will the Supercars be presented for display in our trackside marquee, but a selection of cars will also take to the track for spirited demonstration laps throughout the weekend.

The display will be located on the outside of the circuit near the penultimate turn of the track near Gate 10 and will also house our V8 Sleuth trackside store.

One car heading onto the track is Dick Johnson Racing’s BF Falcon as driven by Will Davison to his first ever Supercars victory at Eastern Creek in 2008.

The car started life as a BA Falcon and was debut in Adelaide by none other than Ford hero Glenn Seton for his last full-time season in 2005, before competing at the three subsequent Adelaide 500’s in Davison’s hands.

The DJR Falcon will make its Adelaide return in 2008 livery and specification after undergoing restoration by the car’s current owner Charlie Schwerkolt and will be driven by third-generation racer Mathew Brabham.

Another fast Falcon making an appearance will be Russell Ingall’s 2003 Stone Brothers Racing Caltex BA – the car that gave the two-time Bathurst winner his first championship start in a Ford and the first race win for the-then new BA Falcon.

This car was also the star in the infamous ‘Shriek at the Creek’ incident involving Mark Skaife during the final round of the 2003 Championship at Eastern Creek – Skaife’s car from that famous incident will also be in Adelaide so we’ll have to ensure we keep those cars apart!

On the red side of the fence Holden fans can look forward to a number of the General’s finest including the first public appearance in five years of ‘Kate’, the TeamVodafone Commodore VE II taken to a record 28 Supercars Championship race wins – including the 2012 Bathurst 1000 – in the hands of Jamie Whincup, who indeed now owns this very special chassis.

The HRT VE Commodore that won on debut in Adelaide in 2007 when Todd Kelly crossed the line first for the Holden Racing Team on the Saturday will also be on hand. It won the first of 103 races for the VE/VE II in the Supercars Championship and later finished runner-up at Bathurst in 2009 in the hands of the late Jason Richards and Cameron McConville for Brad Jones Racing.

Read here to find out what sort of memorabilia and merchandise we will have for sale in Adelaide!