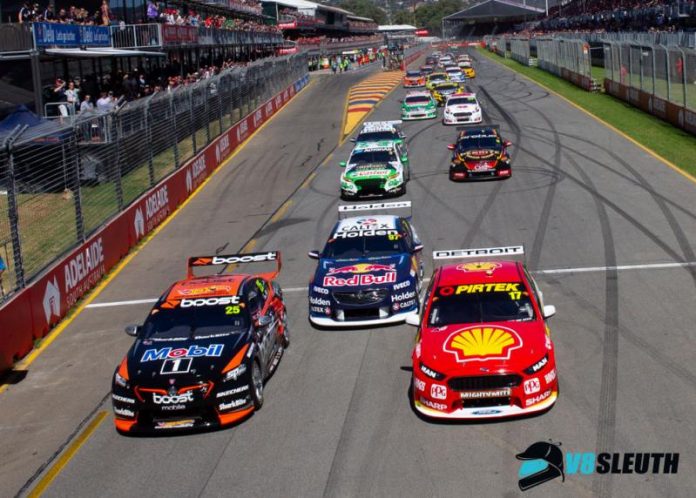 Some surprises in store for next year’s schedule …

THE 2019 Virgin Australia Supercars Championship calendar has been revealed today – and there’s quite a few differences from this year’s schedule.

The number of events has dropped by one with Sydney Motorsport Park removed from the 2019 schedule and its night race format to instead be utilised at Barbagallo Raceway in Perth.

Supercars intend to return to SMP in early 2020 in a better time of year after holding a night race there this August. It’s also part of a shift towards a summer-focused schedule.

SMP is in discussions with the NSW Government to secure permanent lighting of the circuit, which, if successful, may lead to a long-term agreement to keep the event under lights.

In other changes for next year:

– The Sandown 500 moves to November to become the final round of the Pirtek Enduro Cup to move away from the AFL and NRL Final Series with the thought of better weather more likely too.

– Pukekohe now moves to the middle of September on the traditional middle of the month weekend previously occupied by Sandown.

– Bathurst becomes the opening round of the Pirtek Enduro Cup.

– The pre-season test day will be split across Phillip Island and Queensland Raceway in two days in mid-February.

– Formats for Winton and Gold Coast will be finalised next week with Winton potentially a two day meeting with supports running on Friday.

– The Commission is to discuss the Gold Coast becoming a one-race, 500km format in line with Sandown.

– The Dunlop Super2 Series makes a return to Queensland Raceway.