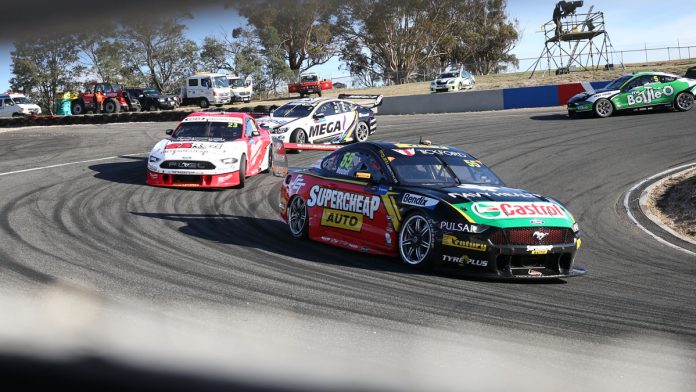 SUPERCARS has today confirmed it will postpone its next three rounds of the Virgin Australia Supercars Championship due to the coronavirus pandemic.

The Symmons Plains, Hampton Downs and Perth events – due to be held on April 3-5, April 24-26 and May 15-17 respectively – have all been postponed until later in the year.

Supercars have stressed the events are not cancelled, with the 2020 calendar – with its break over the Olympic Games period – leaving room for events to be re-scheduled later in the year.

That means the Truck Assist Winton Super400 on June 5-7 is due to be the next championship round held.

“Our sport is a visceral experience and rather than run without crowds, we have decided, along with our key broadcast and government partners, to delay any further racing until June,” says Supercars CEO Sean Seamer.

“Tasmania, Auckland and Perth events will all be postponed until later in the year, not cancelled.

“Fortunately, our calendar this year enables us to do this.

“Supercars’ priority is to deliver the 14 round 2020 championship for our fans and partners, irrespective of the dates.

“Bathurst will obviously proceed on its scheduled date. We have a plan for how we can make that happen and will begin discussions with all of our stakeholders over the coming days to lock this in.”

While Supercars may go into an unexpected early season break, V8 Sleuth most certainly will not be going into a break.

The website will step up its level of content for motorsport fans to enjoy during this unforeseen break in on-track proceedings, our V8 Sleuth Podcast Powered by Timken will continue and the V8 Sleuth team will continue to work on its upcoming book releases focused on the GT era of the Bathurst 12 Hour and Holden’s racing history in Australian motorsport.

Support us by pre-ordering your books here