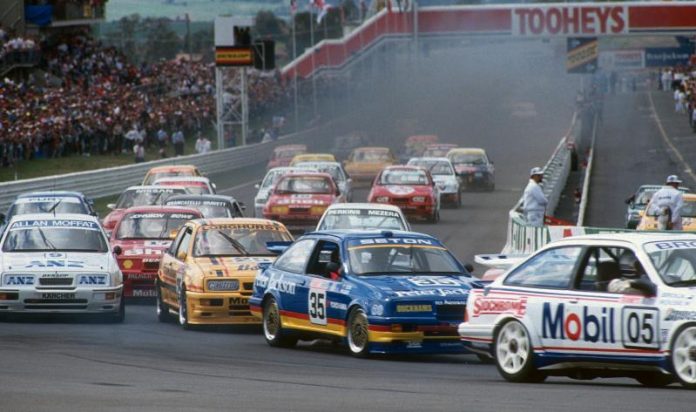 THE field for the Supercheap Auto Bathurst 1000 is filling up rapidly and it looks like a streak that was due to hit its 40th year this year will not be reached.

When the field lines up on October 11, 2015, it appears highly likely there will not be a member of the Johnson family on the grid.

Every year since 1976 a Johnson – Dick, Steven or both (and on two occasions sharing a car) – has been on the grid and lining up as part of the annual Bathurst classic.

But the 25 endurance seats are filling fast or already taken.

The modern V8 Supercars Championship sees teams do multi-year arrangements with co-drivers or otherwise lock their selections down early in the calendar year.

A quick scan of the potential entry list reveals just a handful of slots left with drives either vacant, already have pilots linked to them, or privately signed but not yet publicly confirmed.

Steven Johnson appears to not be one of them.

It’s the nature of life that all good things come to an end. No one has a God-given right to do anything in life or sport.

Junior Johnson would do a solid job for a team in the enduros as a co-driver – after all, you can’t find too many blokes with 20 years of V8 endurance racing punting around in the Dunlop Series.

But it appears a chapter of Bathurst history is coming to a close. If it does, it’s sad, but that’s life. The wheels keep turning and eventually, all good innings come to an end.

As always, the V8 Sleuth loves to hear your opinions so feel free to post on the Facebook page – should Steven Johnson have a V8 Supercar endurance driveor not?