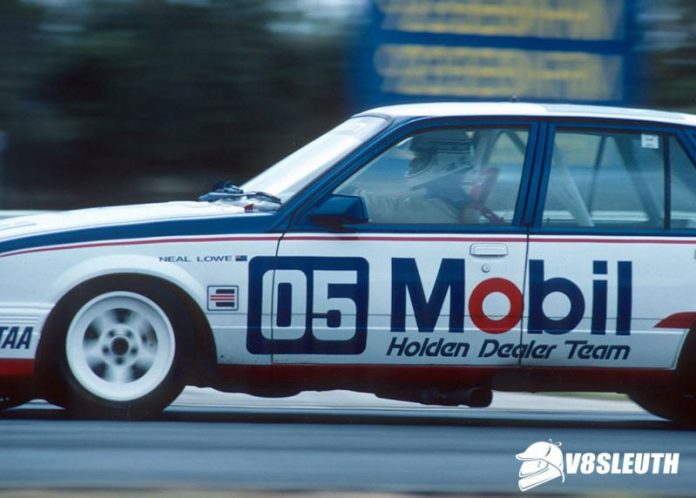 WHEN you think of Holden’s factory drivers at Bathurst, there are a handful of names that immediately come to mind.

But those legends are just a handful of the tally of 62 drivers to have competed in a factory Holden at the classic Mount Panorama enduro.

Here are five gun factory Holden racers you might not remember…

CHRISTINE GIBSON
One of Australia’s best female racers, Christine Gibson was one of Holden’s earliest factory drivers at Mount Panorama.

Gibson – then Christine Cole – paired with Sandra Bennett in one of the HDT’s three Torana XU-1 entries for the 1970 race, the duo qualifying 24th and finishing 13th.

It was one of a handful of factory Holden races for Gibson, who also competed in a pair of rallycross events for the HDT.

Gibson went on to post the best finishes for a female racer in both the Australian Touring Car Championship (fifth in 1975) and the Bathurst 1000 (sixth in 1981).

VERN SCHUPPAN
One of Australia’s greatest racing exports; South Australian-born Schuppan is a winner of the prestigious Le Mans 24 Hours sports car race and a top-three finisher at the Indianapolis 500.

While Schuppan did most of his racing overseas, he returned home on several occasions to compete in the Bathurst 1000.

In 1981, he joined John Harvey in the HDT’s #25 Commodore, the duo running among the leaders until a wheel failure caused the car to crash out.

It proved to be the last of Schuppan’s four Bathurst 1000 starts.

NEAL LOWE
While Lowe is better remembered for his time running cars for Dick Johnson, the Kiwi arrived there after a spell at the HDT – and not just as the squad’s chief engineer!

Lowe was part of the driving roster for the team through 1986 and the early start of 1987, pairing with John Harvey to win the Nissan-Mobil 500 at Pukekohe in just his second race for the team in early ’86.

He even raced the hallowed #05 Commodore of team boss Peter Brock at the 1986 Sandown round of the Australian Touring Car Championship while the HDT boss was racing in Europe.

Lowe’s single Bathurst 1000 start in a factory Holden produced a second place finish with Harvey in the 1986 race.

DAVID OXTON
On the list of Peter Brock’s Bathurst 1000 co-drivers in his time at the HDT, this one is a name that jumps out as an unknown.

But David Oxton was well known in his native New Zealand, a champion in the country’s strong open-wheel racing scene.

His first association with Brock came in local touring car races, when the Australian hero headed across the Tasman to share a Commodore with Oxton in the early 80s.

Brock returned the favour in 1985, recruiting Oxton to share the #05 Commodore at Bathurst after the departure of Larry Perkins from the HDT.

Famously they were a late-race retirement that took them out of second place after Brock had been forced to pit for the removal of both front and rear windscreens.

JOHN WALKER
When Holden Dealer Team chief Harry Firth went looking for a driver to replace the departing Peter Brock for 1975, he settled on a driver who was one of Australia’s top open-wheel racers.

John Walker had dabbled in touring cars, but was better known for his exploits in the wild Formula 5000 open wheelers of the era.

Walker finished third in the 1975 Bathurst 1000 alongside Colin Bond in his first race for the HDT and ran in a handful of championship races in a second car in 1976.

However he then left the HDT to focus on open-wheel racing, going on to win the Australian Grand Prix in 1979 at Wanneroo Raceway in Western Australia.