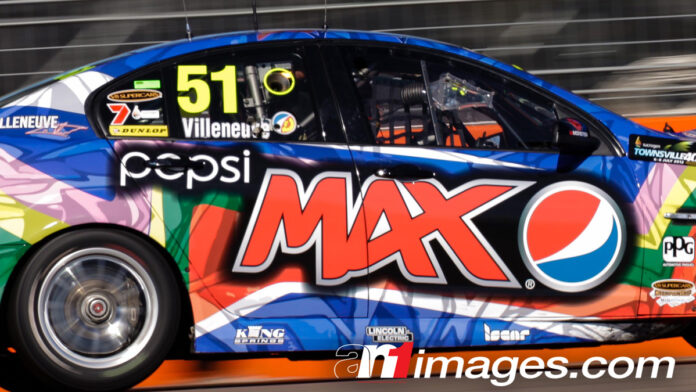 THE Kelly brothers will pull the pin on their involvement in the Repco Supercars Championship as team owners at the end of the year.

Todd and Rick Kelly announced this week they will sell their share of the Kelly Grove Racing business to current partners Stephen and Brenton Grove at the end of the season.

In partnership with parents John and Margaret, the Kelly boys established their own team for the 2009 V8 Supercar season and, since then, a range of different drivers have driven Kelly Racing/KGR Commodores, Altimas and Mustangs.

V8 Sleuth’s Aaron Noonan and Stefan Bartholomaeus analyse the sale in Repco Supercars Weekly – listen in the player below!

The V8 Sleuth team has picked back through the files – here’s five Kelly Racing drivers you may have forgotten that have driven the Melbourne-based team’s Supercars.

The 1997 Formula 1 World Champion was a big name signing in 2012 to replace Greg Murphy in the team’s Pepsi Max Crew Commodore when the Kiwi was forced to the sidelines due to back issues.

Villeneuve stepped into the #51 Commodore in Townsville and stayed aboard for Queensland Raceway and Sydney Motorsport Park, however he ran at the back of the pack – his best finish was 24th, four times.

Nevertheless, his arrival in the championship scored plenty of coverage for the team and sponsor Pepsi.

ORDER NOW: The history of the Villeneuve Commodore and every other Perkins Engineering Commodore is being published in a new book, pre order your copy now here!

The 2008 Indianapolis 500 winner raced against Todd Kelly for the Gold Star in the 1998 Australian Drivers Championship and teamed with ‘TK’ on the Gold Coast in 2010.

That year saw the Gold Coast event move to the ‘600 format that saw international drivers signed up to share with V8 Supercar regulars.

Dixon’s first taste of the Jack Daniel’s Commodore came at the mid-week Queensland Raceway test and he shared the #7 Commodore with Todd in the twin 300-kilometre races.

It remains the only time the IndyCar legend has raced in V8 Supercars.

He may not have raced a Kelly Racing Supercar, but the Formula 1 Grand Prix star most certainly drove one of them out at Calder during Grand Prix week in 2019.

Ricciardo jumped behind the wheel of the team’s spare Nissan Altima alongside Rick Kelly and then drove the car himself.

The World Superbike star raced in the Phillip Island and Bathurst V8 Supercar enduros in 2009 alongside Dean Fiore, however many will forget that he tested a Kelly Racing Commodore earlier that year.

He drove one of the team’s Jack Daniel’s Commodores at a driver evaluation day at Winton during that season in addition to sampling a TeamVodafone Falcon at Queensland Raceway during ’09.

The son of now Walkinshaw Andretti United owner Michael Andretti, Marco was one of the crop of IndyCar pilots to visit the Gold Coast in a V8 Supercar in the unique ‘600 international driver format.

He signed up to share the #7 Jack Daniel’s entry with Tim Blanchard in 2012 – Blanchard was a fill-in for Todd Kelly, who stepped out of the car after Bathurst to undergo shoulder surgery.