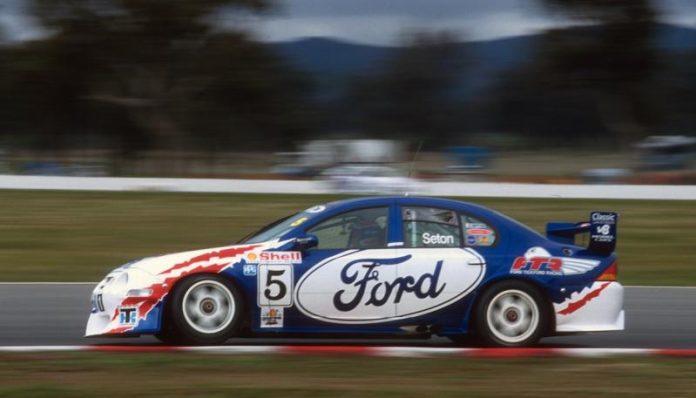 THE V8 Sleuth has been keeping tabs on the emerging Australian 5-Litre Touring Car Association for quite some time and assisting the group where possible.

Set up earlier in the year for owners of ex-V8 Supercars primarily of the pre-Project Blueprint era (1993-2002), the Association has been growing in numbers and will appear at Sandown this weekend as part of the big Historics meeting there.

A total of 15 cars have entered for the demo sessions on Saturday and Sunday with cars running on track for 20 minutes each day at 1.20pm.

Perhaps the headline car is the 1993 Larry Perkins-winning Commodore. Now in VS spec, it’s owned by Ian Cowley and has been racing in State Level racing in Victoria and has recently been advertised for sale.

The V8 Sleuth has been asked by a range of Sleuthers as to which cars will be there so here’s the list and who will have what there.

We’ve listed them in the order of the entries by the way.