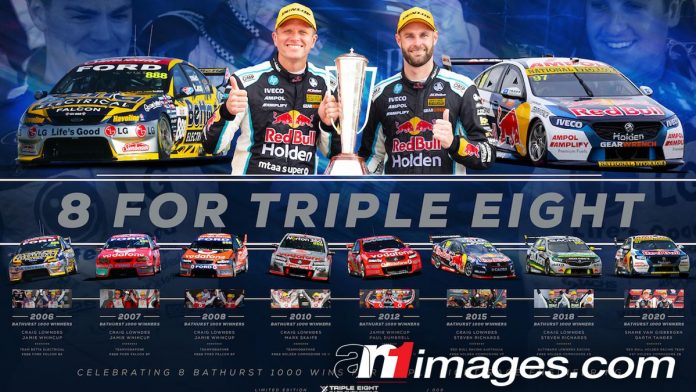 Artist Tristan Groves has worked with the V8 Sleuth team to create this striking, classy print celebrating each of the winning Triple Eight cars and drivers.

Available to pre-order here now, the collector’s print includes all eight winning cars with driver names and car entry and make and model information include on the print.

This amazing collector’s print will be produced in an individually numbered limited edition and is available to pre-order now.

CAR SOLD: The 2020 Bathurst winning car was sold before it even won the race!