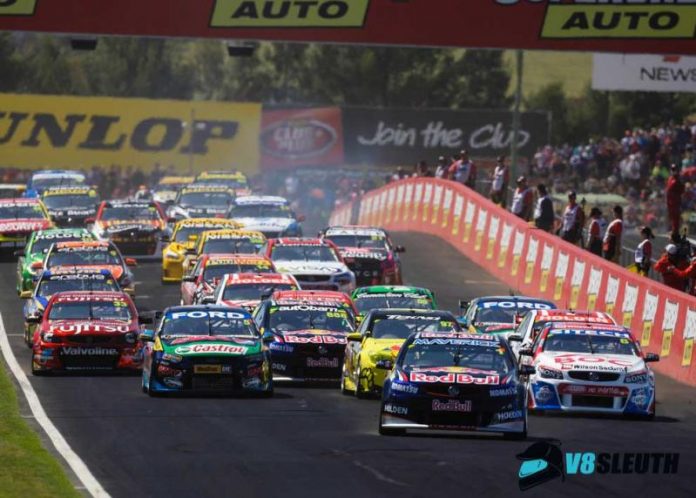 A MAJOR milestone in the modern era of the Virgin Australia Supercars Championship has been reached with confirmation and formal identification of the 100th ‘Car of the Future’ specification chassis.

Brad Jones Racing will debut the new car as a ZB Commodore in next year’s championship and team owner Brad Jones confirmed this week that Nick Percat will be the recipient of the new car, replacing the chassis he’s raced since the start of 2018.

“The new chassis is being welded up at the moment,” Jones confirmed this week of the team’s new addition.

Dubbed ‘BJR 012’ by the Albury-based team, the chassis is known as ‘V8SC 100’ given that all CoTF era cars are inspected, tagged and identified during their build by Supercars technical staff.

They are given a unique Supercars chassis number in addition to the individual number or name allocated internally by the team.

The current era of chassis were introduced to Supercars at the beginning of 2013 with 2020 to be the eighth season of racing utilising this era of chassis.

Triple Eight Race Engineering has been the most prolific of chassis builders in the current era, producing exactly a quarter of the chassis in that time – 25.

Brad Jones Racing and Tickford Racing (formerly Ford Performance Racing and Prodrive Racing Australia) have each produced 12 while Garry Rogers Motorsport is next best with 11, a mixture of Commodores and Volvo S60s.

While Triple Eight were the first to put a completed New Gen-era chassis on the track during 2012 for testing, V8SC 001 was in fact allocated to the first Nissan Altima chassis built by Kelly Racing in 2012, above, and later driven to victory by James Moffat at Winton in 2013.

Of the other milestone cars to follow, the 25th chassis was built new as a Falcon FG by Dick Johnson Racing in 2013 (debuted by Tim Blanchard, above) and was later deregistered and now sits in the United States cloaked in Mustang panels and most recently demonstrated by Ryan Briscoe.

The 50th chassis was a Walkinshaw Racing Commodore VF, driven by James Courtney to victory in the 2016 Clipsal 500 Adelaide and still retained by Walkinshaw Andretti United.

The 75th chassis was built new as a Falcon by Tickford Racing and debuted by Cameron Waters in Adelaide 2018 – it has since been converted to a Mustang GT and continued to race in the Monster pilot’s hands this season, above.

More than 15 percent of all Car of the Future era chassis produced have either been destroyed, deregistered, sold overseas or damaged beyond being able to be returned to active racing duties.

Three chassis joined the latter group in the back half of this year with major accidents at Bathurst (Anton de Pasquale) and the Gold Coast (Scott McLaughlin and Chaz Mostert).

Among those now overseas, Jamie Whincup’s 2017 championship-winning Red Bull Commodore VF was sold off shortly after its title victory to Tunku Abdul Rahman, the son of the Sultan of Johor.

A pair of ex-GRM Volvo S60s now reside in Sweden and the first BJR-built chassis of the era (the ex-Jason Bright Team BOC Commodore rolled in the Senna Chicane during the 2014 Clipsal 500) is due to land in England this month with its new owner.