Home News A FOCUS ON THE NUMBER 11 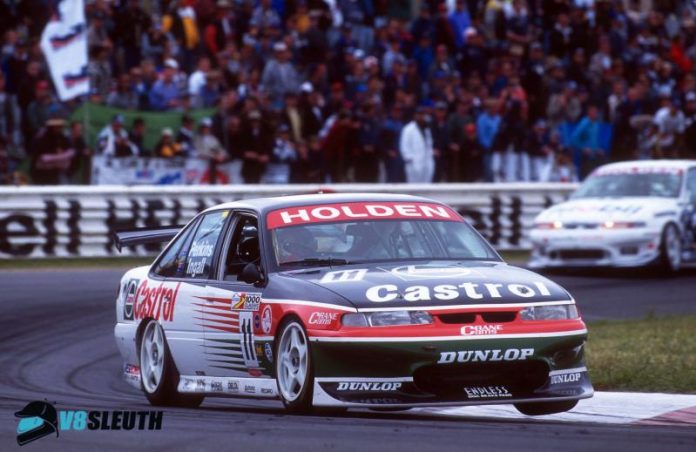 IT’S November, the 11th month of the year and frankly we don’t need much more of an excuse to dive into the fascinating world of race numbers.

The number 11 has been a very successful number in both Australian and world motorsport.

The obvious place to start is with a man named Larry.

– To all Aussie motorsport fans he is the #11 – Larry Perkins adopted the #11 back in 1986 when he debuted his Enzed-backed Perkins Engineering VK Group A Commodore at that year’s Sandown 500.

Legend or myth has it that LP selected the number because it was the cheapest race number you could put on a car with two black strips – we’d believe it too!

Whatever the reason it must have been a good one because he kept it until his retirement in 2003.

Perkins drove the #11 Castrol Commodore to victories at Bathurst in 1993, 1995 and 1997 – in ’93 with the late Gregg Hansford and in the latter two years with Russell Ingall.

The #11 became part of the furniture at Perkins Engineering and was later used by team drivers Steve Richards, Paul Dumbrell and Jack Perkins on Castrol and Jack Daniel’s Commodores.

– Once bought out by the Kellys, the #11 hung around and was used during 2010 by Jason Bargwanna on the Rock Commodore and in 2011 by Greg Murphy on the Pepsi Max Crew Commodore – it’s easy to forget that Murph grabbed pole at Bathurst in car #11 in 2011.

– Group C driver Gary Cooke raced the number consistently in the late 70s and early 80s, firstly on a Torana A9X sedan (finishing fourth at Bathurst in 1978) and later on the Group C VB Commodore.

– In 1981 #11 moved onto the doors of some gorgeous black Bavarian beauties including the superb Group C JPS BMW 635 CSi and BMW 318i Turbo Sports Sedan raced by Allan Grice.

– For Bathurst in 1981 the #11 was on the Soundwave Discos Commodore of Clive Benson-Brown and Garry Rogers. This #11 was famously involved in the McPhillamy Park pile-up that shortened that year’s race.

On the world stage #11 also has some pretty significant achievements.

But things really get interesting for the #11 in Formula 1.

– James Hunt won the 1976 Formula 1 World Championship in his #11 Marlboro McLaren and, in a strange quirk of history, the #11 passed to Hunt’s arch-rival Ferrari’s Niki Lauda and he used it to claim the following year’s World Championship!

While #11 didn’t win the World Championship in 1978 (Mario Andretti’s #5 JPS Lotus took care of that!), it did return to the top of the pile in 1979 with South African Jody Scheckter claiming the title for Ferrari.

Can you think of any other great racing #11s?

Let us know by commenting on our Facebook page here.