Home News A FOCUS ON THE NUMBER 22 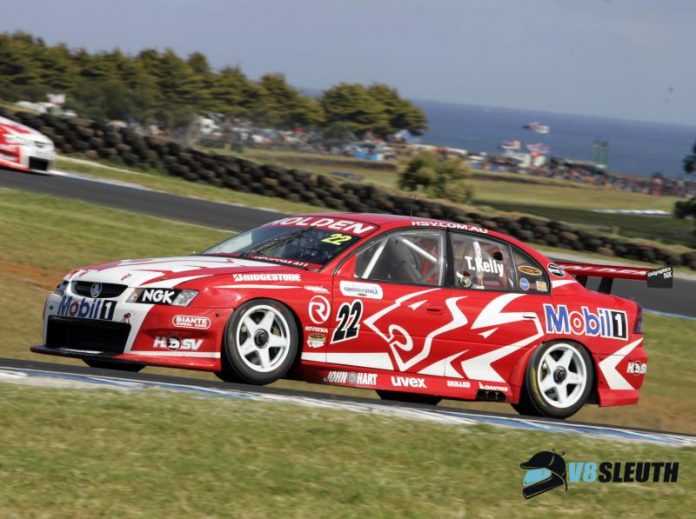 TODAY is October 22 and it just so happens to be our V8 Sleuth’s birthday!

So that got us thinking about the number #22 and its significance in motorsport.

Bingo aficionados will have you believe it’s just two ducks swimming, but in the world of motorsport it means so much more.

Try these on for size:

– #22 has featured on the second Holden Racing Team/Walkinshaw Racing car since 2004, representing drivers Todd Kelly, Will Davison and most recently James Courtney.

– The Pepsi Racing Commodore driven by Dugal McDougall in the early 2000s raced under #22.

– Do you remember the Colourscan Falcons from the late 1990s? They were #22 as well, with drivers Danny Osborne, Brett Peters, Matthew Coleman and Rick Bates.

– And don’t forget the Lustys, Graham and Ken. Their VL Commodores starting with the orange-liveried Steelmark car in 1987 and Pink Stefan car in 1989 all raced under the #22.

– Warren Cullen is another Australian privateer to spend time behind the wheel of the #22, firstly with his Pioneer Audio Torana A9X hatchback (remember the ear on the side?), and later the Settlement Road Wreckers Torana and Group C Commodore.

– Stock car legend Glenn ‘Fireball’ Roberts had 151 race starts in the #22, for 30 race wins – ironically Fireball lost his life in a racing incident which saw his car engulfed in flames – awkward …

– Those who follow Japan’s SuperGT Series will know that the #22 has a long association with Nissan’s Motul team, on both Fairlady Zs and Skyline GTRs.