Home News A FOCUS ON THE NUMBER 25 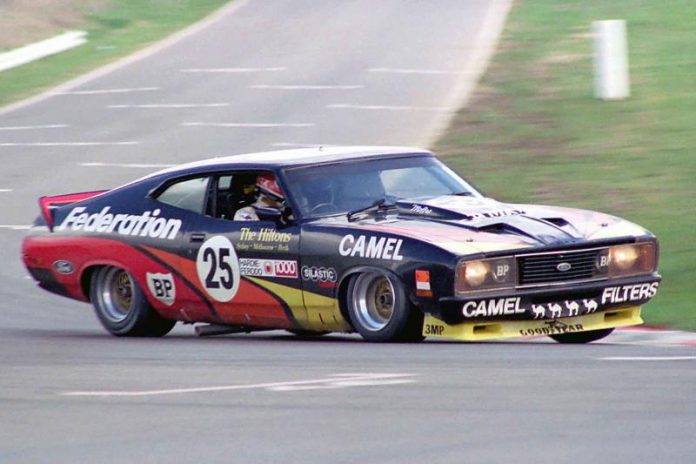 FIRSTLY, thanks for the great reaction we received to our story on the #22 in racing!

We’ve moved on – all the way to #25 – a number that has featured on some superb racing machinery.

– There are two Australian race drivers that immediately spring to mind when you think of the #25 – John Harvey and Tony Longhurst, and both took the number to outright victories at Bathurst.

– Harvey raced the #25 on the second Marlboro ‘Special Mild’ HDT Commodore from late 1980 through to the end of the Group C era, a number referring to the number of cigarettes in a packet of the time!

– Interestingly though, it was Ford legend Allan Moffat who debuted the #25 for the HDT, with his one-off drive for the team in the 1980 Hang Ten 400 at Sandown with a third place finish.

– Harvey drove the #25 to victory in the 1983 James Hardie 1000 after Peter Brock and Larry Perkins famously jumped cars after their own #05 expired early in the race.

– He used it again in 1988 when his Ford Sierra first ran Benson & Hedges colours at the Sandown 500 and took a memorable victory in the Tooheys 1000 at Bathurst with Tomas Mezera a few weeks later.

– Longhurst raced the #25 for Benson & Hedges on the Sierra and later the BMW M3, BMW 318i and VP Commodore up until the end of 1994 when he parted ways with team partners Frank Gardner and Terry Morris.

– For 1995 he switched to his own Longhurst Racing Falcon, this time with Castrol sponsorship, but again carrying the #25, a number he used right up until the end of 1999.

So what about some other number 25s from racing history?

-Allan Moffat carried #25 on his 1975 ‘City Ford’ XB Falcon Hardtop and later on the beautiful black Federation Insurance Falcon in 1979. At times he also ran the number on his Federation-supported Chev Monza sports sedan.

– Fans of Formula One will link the #25 to the Ligier F1 team that used the number from 1979 to 1996 for a host of drivers including Rene Arnoux and Martin Brundle.

– Al Unser Sr. was running the #25 when he won the 1987 Indianapolis 500 for Penske Racing in a Cosworth-powered March. The number was certainly lucky for Unser, who was without a drive and sponsorship for the first week of the 1987 Indy event.

– He was a late addition to the Penske team after their regular driver Danny Ongais was injured in a practice crash. The #25 car Unser drove to victory was only entered as a back-up car and was on display in a hotel lobby as a show car just weeks prior to the race!

– Locally, speedway turned circuit racer Terry Wyhoon used the #25 on his BP-supported Commodore to win the 1996 AUSCAR championship. He carried the number through to NASCAR and later used it in the Konica Series for V8 Supercars between 2001 and 2003.

– Jason Bright’s Fujitsu Racing used #25 on their Falcons between 2005 and 2009, for drivers including Steve Owen, Warren Luff and Bright himself.

– Do you remember Jim Richards’ Melford Motors and later Sidchrome Ford XB Falcon hardtop? You guessed it, #25 as well!

– Graeme Bowkett’s Team Nissan NZ Racing Skyline from 1987 was another #25 – the list could keep on going!

If you have any other #25s that hold a special place in your motorsport heart, comment on our Facebook page here.