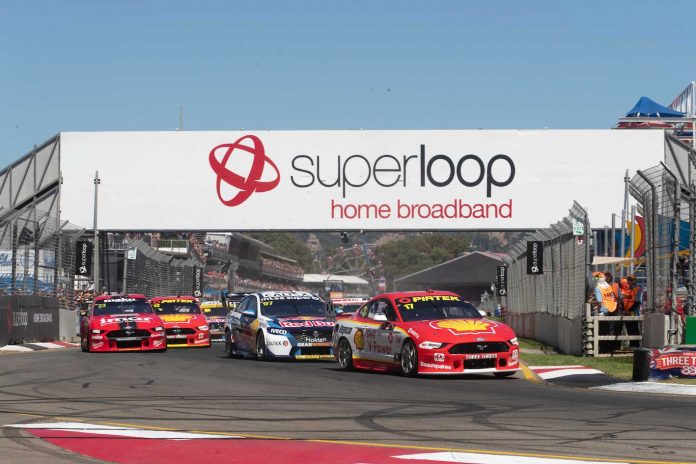 THE Adelaide 500 is the only event to sit in the Supercars Hall of Fame and, for the first time, the complete history of this world-class motorsport event is being celebrated in a limited edition, hardcover collector’s book.

The book is now available to pre-order here from the V8 Sleuth Online Bookshop and is expected to arrive in June/July 2021.

The 400-page hardcover book will be a very limited print run and is produced by the same V8 Sleuth team behind a range of other successful motorsport publications.

Stefan Bartholomaeus, Aaron Noonan, Will Dale and Race Torque Media’s Richard Craill have combined to craft the content for this eagerly awaited release.

‘Sensational Adelaide: The Illustrated History of the Adelaide 500’, is a look back at one of the biggest touring car events the world has ever seen.

From 1999 to 2020 it attracted hundreds of thousands of fans to the parklands street circuit, turning on some of the best racing and biggest events on the annual motorsport calendar.

This hardcover collector’s book features a review chapter summarising each year’s event covering 1999 to 2020 (as well as the touring car era at the Adelaide Grand Prix between 1985 and 1995), a special section including a photo of each and every Supercar to compete in every event (approximately 670 car photos!), never before published archive photos bringing 20-plus years of Adelaide 500 racing to life and a full event statistics and record book section, including driver index of all drivers to have competed in the Adelaide 500

2016 Adelaide 500 winner and proud South Australian Nick Percat has penned the foreword for the book, documenting his passion for racing and how he went from a fan hanging off the fence watching his Supercar heroes’ race to lining up on the grid and beating them to win the event in just his third full season in the category.

First held in 1999, the Adelaide 500 became a jewel in the crown of Supercars racing and has won numerous awards over the course of the years, all while playing host to the biggest domestic stars of the V8 category.

Lowndes won the first Adelaide 500 in 1999 and McLaughlin won the last held in early 2020 before the State Government elected to not renew support for the event late last year.

This publication is a must-have for fans of the Adelaide 500 or Supercars and motorsport in general and provides a look back at a wildly popular event that fans far and wide have raved about for years.