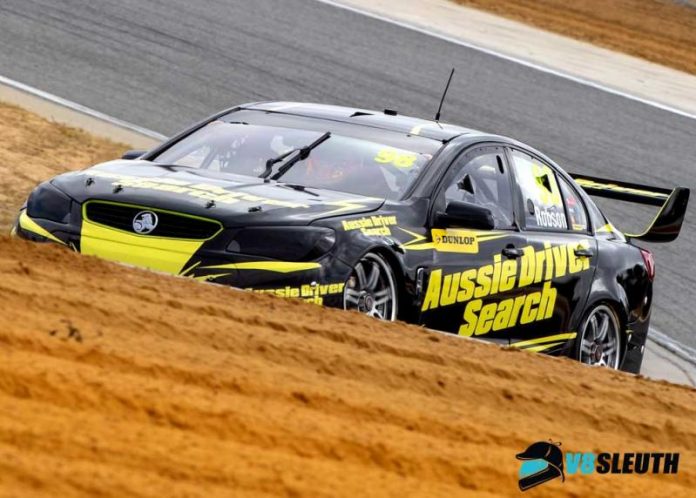 AMERICAN racer Matt Powers has won a fully-funded season in the 2019 Dunlop Super2 Series after being crowned as the winner of the Pro competition of the Aussie Driver Search for 2018.

A total of 80 Pro class finalists from both Australia and around the world headed to Goulburn’s Wakefield Park this week, chosen through a series of eight qualifying rounds held around the country throughout the year.

The competitors were whittled down on Thursday through a series of drives of a Super2-spec Holden, raced in the closing rounds of this year’s season by Bryce Fullwood, with the penultimate round of eliminations also comprising a media interview and mechanical feedback exam.

From there, three finalists were chosen to progress to the final round which saw each drive three flying laps of the circuit, with the lap times and the judging panel’s analysis determining Powers as the winner.

His prize is a drive with Matt Stone Racing in next year’s Super2 Series, driving the same Holden Commodore VF that Todd Hazelwood piloted to the championship in 2017.

“It’s a dream, honestly,” Powers said, the American qualifying for the grand final through the Sydney Motorsport Park round in May.

“It was a dream to just jump in here and drive a Supercar, especially a current generation Car of the Future that Matt Stone brought out here.

“But to be able to win… it’s hard to believe. Honestly, it’s beyond my wildest dreams.

“My dad got me into it (racing) and he passed away a couple, of years ago. I’m just excited to make him proud and be out here, and excited to be living in Australia soon.”

The 2018 edition of the ADS crowned a total of four champions at Wakefield Park across its two-day grand final.

2018 Australian Formula Ford runner up Hamish Ribarits and American Connor Bloum took out the GT competition, the duo set to share the ADS squad’s Audi R8 LMS in an enduro round of the CAMS Australian GT Series in 2019.

Lee Partridge took out the Semi-Pro class, winning a $150,000 racing budget for the 2019 season that could see him take part in next year’s Toyota 86 Series or a couple of rounds of the Kumho Tyres Super3 Series.

“I’m over the moon, words can’t describe to be honest,” Partridge said. “I’ve done this competition the last three years and to finally win it, it’s a huge thing for me.”

Ethan Grigg-Gault claimed the Amateur competition, winning $50,000 to put towards a racing budget for the 2019 season.