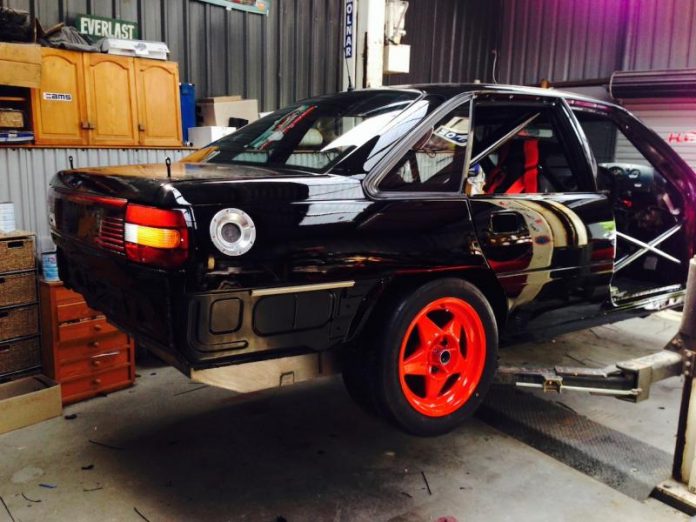 The ex-Bob Jones Commodore getting back into black!

V8 SLEUTH fans and regular readers of Australian Muscle Car Magazine will recall that nearly 12 months ago the Sleuth wrote a story looking for some old V8 Supercars.

He was able to find that the ex-Bob Jones, Ampol Max 3 Commodore did in fact remain in Tasmania with its long-time owner Gary Cannan.

In fact, the story and the follow-up piece helped spur Cannan into life on a restoration of this great car from the early five-litre V8 touring car era of the early to mid 1990s.

He’s converted it back from VR to VP spec and it’s back in its familiar black colours, so we thought we’d show you an image and give you an update.

We look forward to seeing this beast – which finished second in the 1993 Sandown 500 – back on a track sometime next year!