Home News AN IMPORTANT HOLDEN RETURNS TO ADELAIDE THIS YEAR 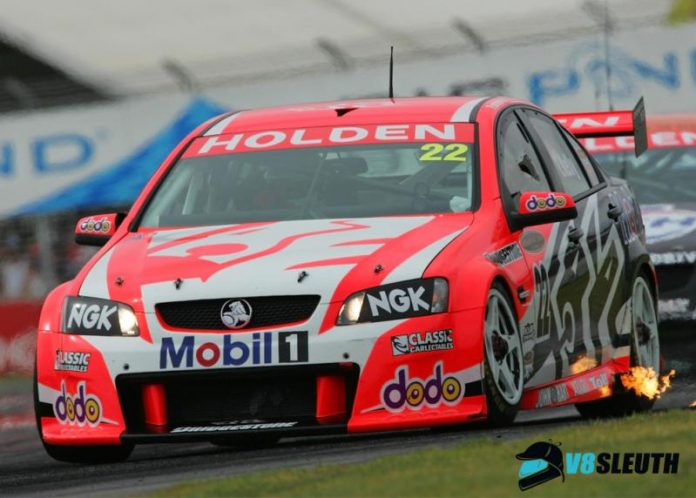 WITH the ever-exciting Adelaide 500 just around the corner we thought it timely to look back at a car that was made famous at the thrilling street circuit and will return to the venue in just over two weeks time! – Todd Kelly’s 2007 Holden Racing Team VE Commodore, chassis WR 003.

Kelly made an emphatic statement at Adelaide in 2007 when he took victory in the opening race of the V8 Supercars Championship aboard a brand new Holden Racing Team VE Commodore.

The victory would go down in history as the first of an incredible 103 wins for the VE Commodore, making it the second most successful model in Australian Touring Car/Supercars history, a tally beaten only last year by the outgoing VF that claimed 108 race wins before its retirement at Newcastle.

The 2007 Adelaide win was an important moment for Holden as the all-new VE was one of the biggest road and racecar projects in the manufacturers history.

Holden had completed a massive undertaking by moving to the new VE Commodore in late 2006, with the release of the new model signifying the nameplate’s first wholesale update since the introduction of the VT in late 1997.

Designed by Peter Hughes and costing an estimated one billion dollars to develop, the car was pivotal for Holden to keep it ahead of the competition and drive showroom traffic.

Both road and racecar’s underwent significant development with preliminary CAD and CAM concept work for the V8 Supercar beginning before the first body was delivered to Walkinshaw Performance in April 2006.

The car made its track debut at Winton in early 2007 with Kelly aboard, however it was another driver that made headlines that day.

Long-time Ford hero Glenn Seton stunned the motor racing world by signing on as an endurance co-driver for the factory Holden team in 2007 and had his first taste of a Holden Commodore race car aboard WR 003 that day.

The two-time champion made his first Holden start at Bathurst that year, alongside Nathan Pretty,behind the wheel of WR 003with Kelly and Skaife paired in the teams newer car – WR 005.

Ironically Seton makes his return to the Supercars paddock this season, taking on an engineering role in a Super2 team running Holden Commodores! – Read the full story here.

Kelly struggled to replicate the form shown in Adelaideduring the bulk of the 2007 season, with a pole position at Winton and a Second as part of a HRT 1-2 at Eastern Creek making up the only highlights until the final round of the Championship.

Kelly rounded out the year in style with victory in the last race of the season at Phillip Island that was also his last race with the Holden Racing Team.

The race also proved to be the Commodore’s final victory with the chassis sold off to Brad Jones Racing in 2008 as part of their defection to Holden for that season.

The famous VE rounded out its racing life in the Fujitsu Series with Andrew Jones in 2012 before being snapped up by collector Terry Smart.

Smart returned the Commodore to its 2007 Clipsal 500 winning livery before on-selling it recently.

The car remains with a collector and will appear at the Adelaide 500 as part of the 20 Years of Adelaide Display, so if your planning on attending the season opener be sure to check out WR 003 and other famous Supercars trackside. Stay tuned for the complete line-up soon!