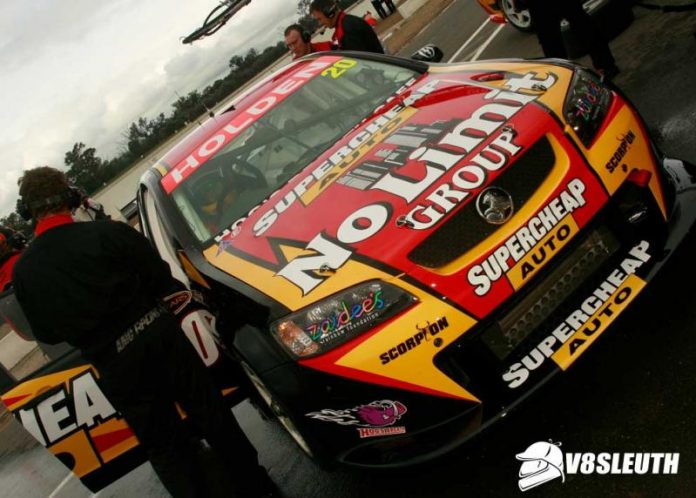 YET another V8 Supercar is heading off-shore with the news of the acquisition of an ex-PWR Racing Commodore VE by Englishman Alex Sidwell.

The car, driven under the Supercheap Auto Racing banner during the 2007 V8 Supercar Championship by Paul Dumbrell and most recently owned by Dragon Motor Racing’s Tony Klein, is due to head to England soon to join Sidwell’s existing pair of Commodores.

The Brit already owns an ex-PWR, HRT-built Commodore VZ and also a Tasman Motorsport-built VE Commodore and will add the PWR VE to his collection.

“We’re sorry to the Aussies for dragging three of their cars across to the other side of the world but all of the V8 fans should know they are well looked after,” Sidwell told V8 Sleuth this week.

“We have quite a network of people in Australia now so we can get almost anything for them. There are lots of people that love V8 Supercars in the UK and every meeting they flock to see the cars.”

The news is the latest in a recent run of former V8 Supercars heading overseas.

United Autosports partner and McLaren boss Zak Brown recently took delivery of his 2011 Bathurst-winning HRT Commodore (slipping behind the wheel recently for a drive too!) and a pair of former GRM Volvo S60s headed to Volvo in Sweden to be placed on display in the manufacturer’s museum.

Here’s Sidwell in action in his ex-PWR/HRTCommodore in the UK back in 2014.