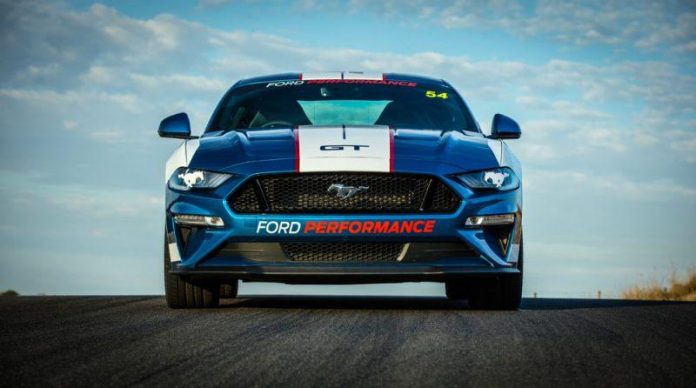 There’s a lot of excitement around Mustang coming into Supercars in 2019, we answer your most common questions …

TODAY’S announcement that Ford will partner with DJR Team Penske and Tickford Racing to develop and race a Mustang in the 2019 Virgin Australia Supercars Championship has been met with plenty of positive response.

Much has been written and much has been asked about the announcement and project with many questions sent to the V8 Sleuth team in the last day or so.

In order to best answer them, here’s a synopsis of the answers to the most popular questions we have received – we hope this helps answer them for you!

When does the Mustang race?

In 2019 in the Virgin Australia Supercars Championship with DJR Team Penske and Tickford Racing. They will race the 2018 model Mustang, shown in Australia for the first time at today’s Melbourne launch.

Who is the homologation team for the project?

Tickford Racing – their head of engineering Nathaniel Osborne will work alongside DJRTP’s Ludo Lucroix to set the engineering direction.

What engine will it use?

It will run the existing five-litre Ford V8 currently used in the Falcon FG X race car. It was felt it best to focus on one large change at a time with the new shape, its aerodynamics etc enough to focus on than an engine change as well. Ford hasn’t ruled out engine changes in the future, but for now the V8 is the focus.

Can teams still race a Falcon FG X in Supercars?

Yes, the car is still an approved race car for the category – just as the Mercedes-Benz E63 AMG and Volvo S60 remain approved for use, though no one is using them. It remains to be seen what the other Falcon runners outside of DJRTP and TR – being 23Red Racing and Matt Stone Racing – will do for 2019.

Will the chassis change for the new Mustang?

No, teams racing the Mustang will have to fit the body for the new-look car over the existing control Supercars chassis. It’s the same chassis beneath the skin of the Commodore ZB, Nissan Altima and any other car that comes into Supercars.

When do we get to see the first Supercars Mustang hit the track?

There’s a lot of work to be done before anyone within the program can think about that, but boy, wouldn’t Bathurst in October be a great place for it …

When was the last time a Mustang won an Australian Touring Car Championship race?

It was a while back! 1972 with Allan Moffat’s Trans-Am Coke Mustang at Oran Park on August 6 of that year in fact. It was a winning end to the car’s time in Australian Touring Car Championship competition.

Wait, wasn’t Dick Johnson the last driver to win an ATCC race in a Mustang?

Nope, DJ never won an ATCC race in his Mustangs. He won one race in the Greens-Tuf/Palmer Tube Mills Mustang program, the 1985 Adelaide Grand Prix support race but had five runner-up results in rounds of the ’85 ATCC – though no wins.

Who was the last driver to race a Mustang in the ATCC/Supercars Championship?

That would be the veteran Lawrie Nelson, who last raced his Group A spec car at Phillip Island in March 1990. By then his car was a bit long in the tooth and everyone running Fords have moved on to the turbo Sierra RS500 Cosworth.