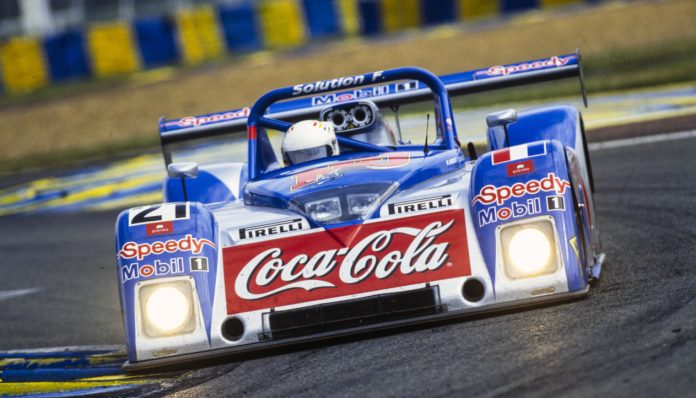 THE Riley & Scott prototype sportscar raced by 1987 500cc World Motorcycle Champion Wayne Gardner at the Le Mans 24 Hour has re-emerged as a ‘barn find’ that is nearly ready to get back on track after over 20 years away from the bitumen.

The car has been restored to its 1998 Le Mans period correct specification and livery (including the Coke signage from the deal brought to the table by Gardner) and was raced in the French classic that year by Gardner, Belgian ex motorcycle racer Didier de Radigues and Frenchman Philippe Gache.

LISTEN: Wayne Gardner spoke about racing the car at Le Mans on the V8 Sleuth Podcast in mid-2020.

The Ford-powered Mk III Riley & Scott was a retirement from the ’98 race after 155 laps with engine issues and returned to compete the following year in the hands of Gache, Gary Formato and Olivier Thevenin, however again retired with engine failure.

There were 17 Riley & Scott Mk IIIs made by the company and campaigned all over the world – the ex-Gardner car is chassis 015.

It’s undergone a full and complete ground up restoration by Phil Stott Motorsport and will be supplied with crack test certificates and is fully ready to run with new safety fuel cell, belts and extinguisher.

The Ford Windsor V8 engine has undergone a full rebuild by Kinetic Racing Engines in Michigan, USA and the car, which also won the Kyalami round of the 1998 International Sports Racing Series, is eligible for a wide variety of historic categories including the Masters Endurance Legends and Le Mans Classic.