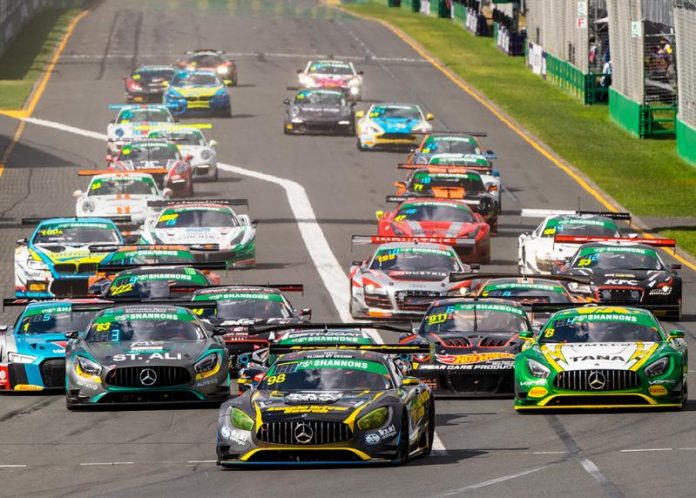 Local GT Championship to be contested over seven rounds next year …

The Australian GT Championship will be contested over an expanded seven-event season in 2019 after series organisers unveiled a new-look calendar today.

Fresh from the final round of this year’s season at Hampton Downs just one week ago, the calendar will drop the popular New Zealand venue in 2019 and grow from six events in 2018.

Notable changes to the calendar also include the return to the streets of Surfers Paradise for the first time in seven years, while Melbourne’s Sandown Raceway will host two rounds of the championship.

Additionally, all Sprint events will see the Australian GT4 Championship and the CAMS Australian GT Trophy Series fields on track with the main GT3 machinery.

The season will kick off at the Australian Grand Prix in March before heading across the country to Perth’s Barbagallo Raceway in support of the recently announced Super Night round of the Virgin Australia Supercars Championship.

It will then head to Phillip Island in June before returning to The Bend Motorsport Park the following month.

The season will then head to Sandown for the final event of the Endurance season before the Australian GT field takes to the Gold Coast alongside the Supercars Championship.

The final outing of 2019 will take place at Sandown as part of the recently moved Sandown 500 weekend in November.

“It offers an interesting blend of formats and events which play to the strengths of what these cars can do.”

Like 2018, the Australian GT championship will take place on a mix of Virgin Australia Supercars and Shannons Nationals weekends.