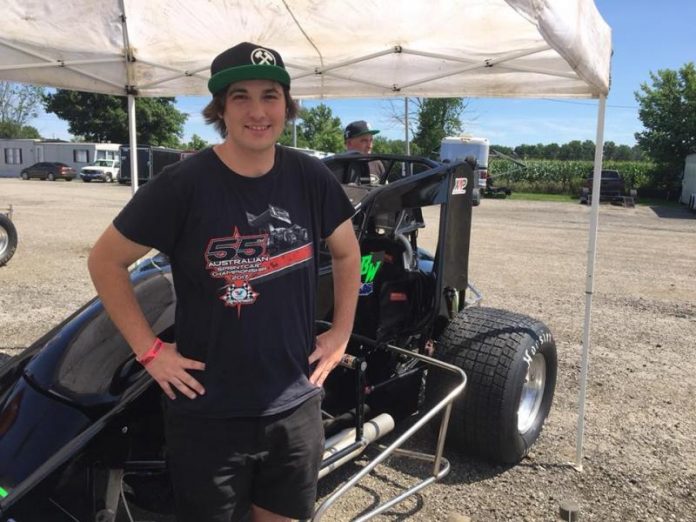 Willmington and son Braydan embarked on the journey late last month to begin a five-race schedule in a mixture of Sprintcar, Midget and Speedcar events in the Indianapolis area.

The 19-year-old son of the former touring car privateerhad been racing in a mixture of events back home prior to heading stateside to compete in speedway races including 410 non-winged Sprintcar races, which aren’t conducted in Australia.

Braydan enjoyed a strong run in his debut race in the 410 non-wing car at the Gas City Speedway, coming home second in the heat race before backing up with fifth place finish in the feature race on July 7.

The teenager cut his teeth in club motorsport with the help of his father, who operates the Marulan Driver Training Centre near Goulburn.

He has since gone on to pursue a career in speedway and was selected for the 2016 Speedway Australia Rising Star Program at the Australian Institute of Sport in Canberra.

Willmington’s American racing expedition will continue until the end of July with further outings at Gas City Speedway followed by Midget and Speedcar events at Montpelier Motor Speedway.