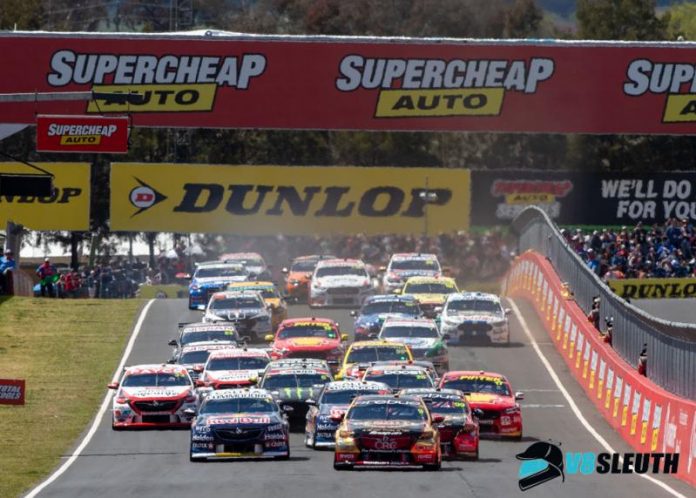 THE full driver and car lineup for the 2019 Bathurst 1000 is now complete just a week out from opening practice at Mount Panorama.

TEKNO chief and 2016 co-winner Jonathon Webb has confirmed he will once again partner Jack Le Brocq in the team's Holden Commodore, locking in the final combination for the opening round of Supercars' Enduro Cup.

This year's Bathurst field is comprised by 26 cars, one more than last year. In addition to the 24 regular full-time entries, two Wildcard entries have joined the grid: one for Kostecki Brothers Racing, the other for Walkinshaw Andretti United.

Ford's Mustang returns to the Mount Panorama enduro for the first time since 1986 with a fleet of six entries, headlined by the #17 DJR Team Penske car of current Supercars Championship leader Scott McLaughlin and co-driver Alexandre Premat.

Holden once again has the lion's share of the grid with 18 ZB Commodores lining up for an event at which it took pole and the race victory last year, while four Nissan Altimas round out the field.

Six rookies are among the 52 drivers entered for this year's race, headlined by IndyCar stars Alexander Rossi and James Hinchcliffe; the remainder of the field have a combined 463 Bathurst 1000 starts between them.

Only 12 of the driving combinations of last year's race have remained together for 2019, while two winning combinations from the past have been reunited: 2013 winners Mark Winterbottom and Steven Richards, and 2006-2007-2008 winners Jamie Whincup and Craig Lowndes.

The quartet are among 12 previous winners of the race in this year's field, with 2017 winners David Reynolds and Luke Youlden the only other pairing of former champions.

This year's pursuit of the Peter Brock Trophy gets underway on Thursday 10 October with the opening practice sessions at Mount Panorama.