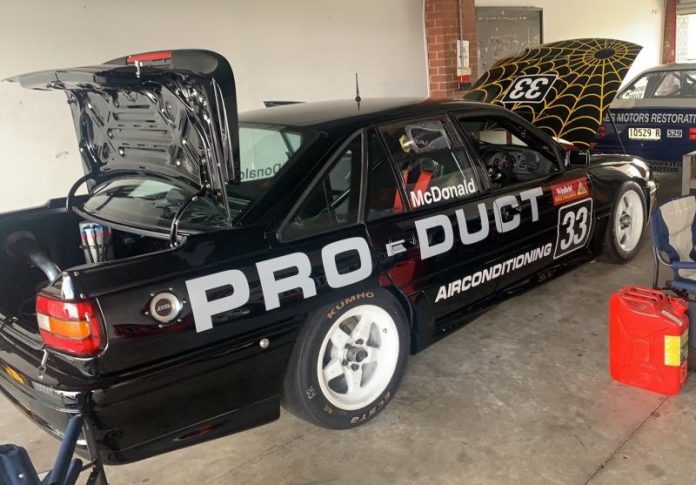 THE first Perkins Engineering-built Group A VN Commodore race car has returned to the track today at Sydney Motorsport Park.

The team at HOONTV.COM.AU passed on this image to the V8 Sleuth team today with car owner Jamie McDonald at the wheel of the #33 Commodore when it headed onto the circuit.

Later owned and raced by George Ayoub and Barry Morcom, its last race was in August 2000 in the hands of Tim Rowse in the final round of that year’s Konica V8 Lites Series at Mallala.

Today’s run on track at Sydney Motorsport Park is its first hit-out on a circuit since then!

We reported on this car’s restoration back in late June of this year, click here to read more technical details about the work that has been undertaken to return it to its Group A spec and livery.

Visit our V8 Sleuth Online Store here for a wide selection of motorsport books, magazines, prints, posters and much more.