Home News BATHURST HISTORY ON THE LINE IN 2016 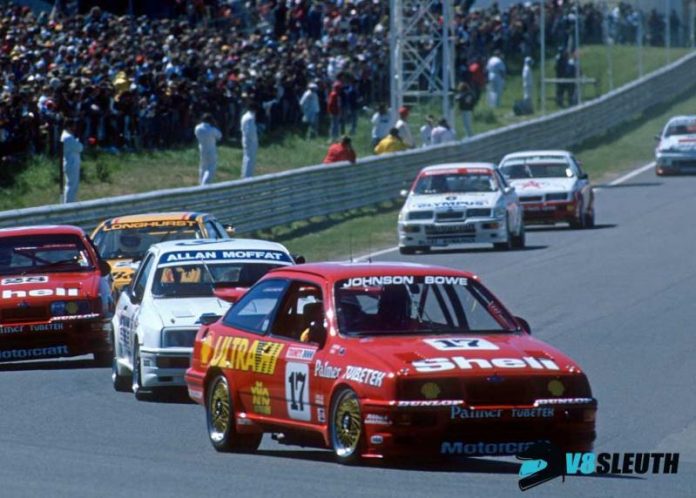 Nearly 30 years on, could this be the year the drought is broken?

QUALIFYING on pole position for the Supercheap Auto Bathurst 1000 is a big deal.

Some of the biggest names in the history of the race have managed to achieve it with six poles to Peter Brock, five to Mark Skaife and four to Allan Moffat.

It’s a special achievement for the team that builds, prepares and runs the car that is the fastest in the Top 10 Shootout on the Mountain.

But, while 1-2 finishes are often celebrated in the history of Bathurst (namely Ford’s in 1977), front row grid lock-outs have not, understandably, been given much oxygen.

But would you believe us if we told you that it’s been 28 years since a team locked out the front row of the grid for the Bathurst classic?

Back in 1988 it was Shell Sierra duo Dick Johnson and John Bowe that achieved this rare feat, taking advantage of the cross-entering rules of the team to each qualify a car with the intent for Bowe to join Johnson in the lead entry at the completion of the first stint.

Ironically, that year was also the first and only time in the race’s history that it was started with a rolling start, so the only time the two red rockets lined up alongside one another was forming up on the grid to leave on the warm-up lap!

All in all, a team has locked out the front row of the grid for the Bathurst 500/1000 just six times since qualifying times first determined the grid in 1967.

None of the modern powerhouses of Supercars racing – Triple Eight, Prodrive or HRT – have been able to lock out the front row of a Bathurst 1000, though the former have an added chance to do so this year given they have three entries in the 2016 race.

For those wondering, here’s the six times in Bathurst history that cars entered under the same banner have locked out the front row, three of them being the factory Ford Motor Company cars.