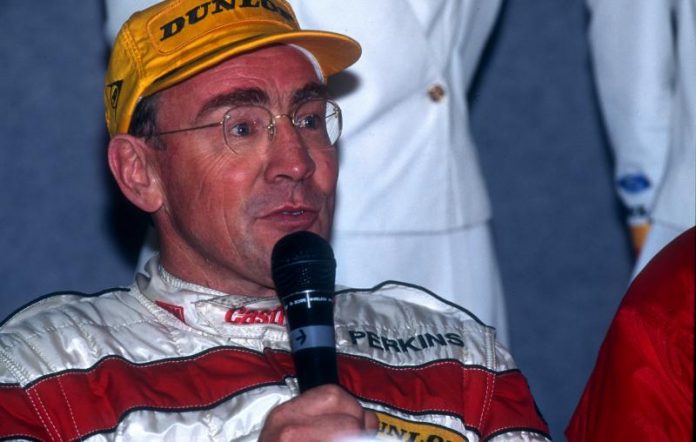 BATHURST legend Larry Perkins has been confirmed to write the all-important foreword for the exciting new ‘Holden at Bathurst, 1963-2017, The Ultimate Photographic History’ book being produced by V8 Sleuth.

Don’t miss out and pre-order your copy here right now!

This 360 page, hardcover, limited edition collector’s book by author Aaron Noonan and publisher V8 Sleuth will include over 1000 photos, featuring every Holden to have competed in the Bathurst 500/1000 between 1963 and 2017, including non-starting cars, non-qualifiers, spare and test/training cars too.

Plenty of books have been published on Bathurst over the years but no one has tackled a project of this magnitude – until now!

Six-time Bathurst 1000 winner Perkins is synonymous with Holden and Mount Panorama, having taken six wins aboard Commodores and made all bar one of his 26 Bathurst 1000 starts aboard Holden products.

He finished on the podium at Bathurst a total of 12 times and scored an impressive 20 top 10 finishes in the classic race, making his final start in 2003.

“I am personally thrilled that Larry has agreed to lend his support to our latest publication,” says V8 Sleuth’s Aaron Noonan.

“His six Bathurst wins remain a real marker of success and his history with Holden at Bathurst makes him the ideal legend of our sport to be involved in this book. No doubt there are many fans looking forward to reading what he has to say.”

The Supercars Hall of Famer will pen his thoughts on both he and Holden’s racing history at Bathurst in the foreword of the new book, which is being released to coincide with the 50th anniversary of Holden’s first Bathurst win in 1968.