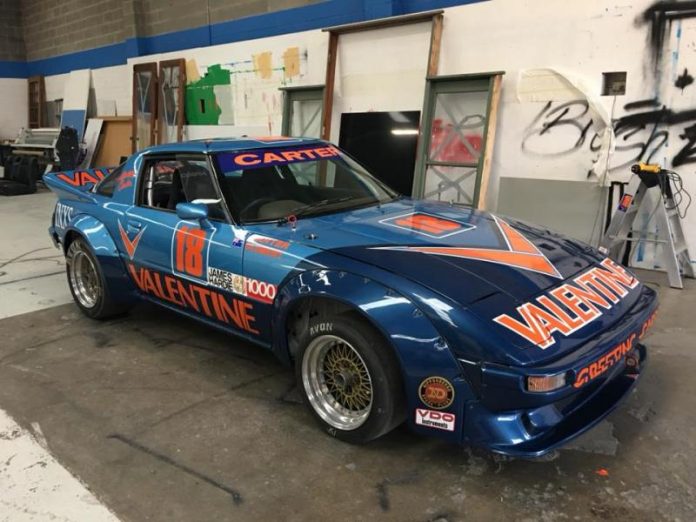 Carter Mazda RX-7 and Masterton Commodore change hands, to be back on track soon …

A PAIR of privateer Bathurst 1000 race cars have recently changed hands with both soon to be seen back on track in the Heritage Touring Cars category.

The ex-Murray Carter Valentine’s Mazda RX-7 Group C car has been acquired by Chris Bowden, who intends to have it back on track for next year’s Phillip Island Classic.

Restored over time by Steve Tate prior to its sale, the car was raced by Carter at Bathurst in 1983 and 1984 (though it was involved in an incident on Conrod Straight in ’84 and didn’t line up for the restart).

“We are all Murray fans as he is such a nice chap, so it’s good to add one to the collection,” Bowden told V8 Sleuth this week.

Bowden is no stranger to racing rotary Group C cars having been a regular in Heritage Touring Cars in recent years aboard the ex-Tokico Mazda RX-7.

On the other hand, Victorian Tate has acquired the ex-Steve Masterton Commodore VK Group A car recently advertised for sale on the V8 Sleuth website.

He intends to take it back onto the track to race within the Heritage Touring Cars field at the Sandown Historic event in November.

The car, built by the Holden Dealer Team originally for Masterton as a customer chassis, competed at Bathurst in his hands in 1985.