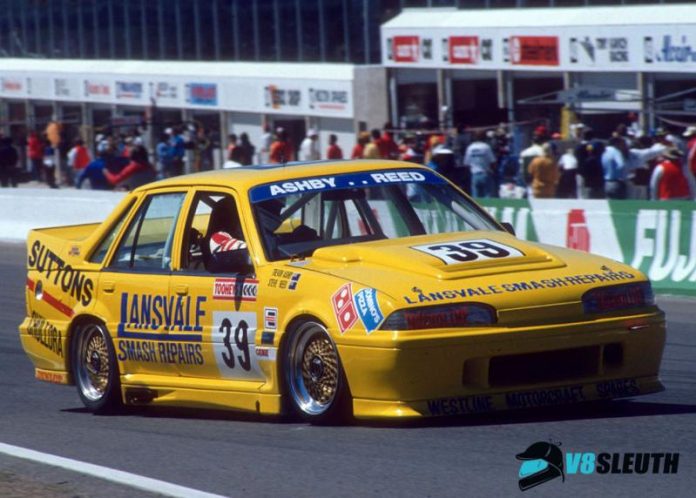 A FORGOTTEN Holden Commodore Group A race car has emerged in New Zealand and its new owner has begun work to restore it to how it raced at Bathurst three decades ago.

It left Australian shores shortly after it finished racing here in 1995 and has sat with a single owner largely unused before recently being acquired by Heads.

The car competed in seven Bathurst 1000s between 1987 and 1994, initially being built by the Lansvale team as a carburetor-engined Group A VL model before being updated by the team in 1988 to ‘Walkinshaw’ fuel-injected specification.

However the privateer squad elected to convert it back to carburetor spec in 1989 before selling the Commodore to Laurie Donaher, who raced it for a few seasons before on-selling it to Sydney privateer Glenn Mason.

Mason returned the car to fuel-injected specification and ran it for a few seasons with the 1994 Tooheys 1000 at Bathurst (where driven by Greg Fahey and Denis Cribbin) as its final appearance on Aussie soil.

Now new owner Heads is throwing himself head-first into a restoration project to return the car to how Ashby and Reed ran it in the 1988 Tooheys 1000 at Mount Panorama.

“My aim is to have it ready for the January meeting next year at Hampton Downs where the Legends of Bathurst are being celebrated,” he told V8 Sleuth this week.

“We’re ripping into it and getting it ready for the blasters.”

Hampton Downs will host next January’s New Zealand Festival of Motor Racing celebrating the Legends of Bathurst on January 13-14, 2018, where a range of legendary ex-Bathurst cars and drivers are expected to attend.