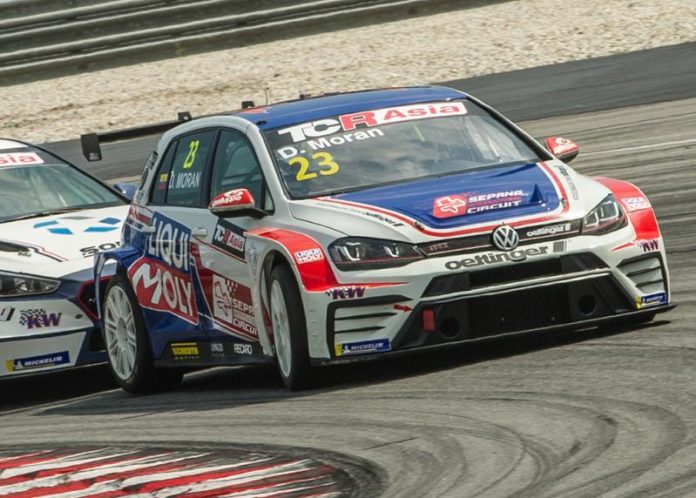 JASON Bright is the latest driver to join the grid of the inaugural TCR Australia Series.

The 1998 FAI 1000 Classic winner has secured a pair of Volkswagen Golf GTI cars after visiting the opening round of the TCR Asia series at Sepang in Malaysia last weekend.

“I’ve have been looking at the TCR Series for some time and it’s great to confirm that I will be driving in the series this year,” Bright said.

“The class is perfect for Australia. Affordable, competitive and relevant to the current motoring market. I really feel it’s going to be a great addition to the motorsport landscape.

“I purchased the car that actually won the weekend. I know it’s got good form, so I can’t wait to get it to Australia, have a test and get ready for Round 1.”

Bright’s car will race with backing from his trade solutions business Taskforce and will run under the ‘Team Tradie’ banner, while a lucky competition winner will get the chance to have a drive of his race car at the end of 2019.

“The idea behind Team Tradie was to add to the Taskforce concept that I’ve been running for a few years now,” he said.

“It will give anyone a chance to be involved, and possibly win a drive of my VW Golf, but it will also give those in the trade industries an even bigger chance of winning.

“There will be more details and promotions to wrap around this concept, so stay tuned, but for now, anyone can register for their chance to win via teamtradie.taskforce.com.au.”

Confirmation of Bright’s teammate, and the structure of the team that will run the cars, is expected in coming weeks.

The inaugural TCR Australia Series event is scheduled for the opening round of the 2019 CAMS Shannons Nationals at Sydney Motorsport Park on May 17-19.