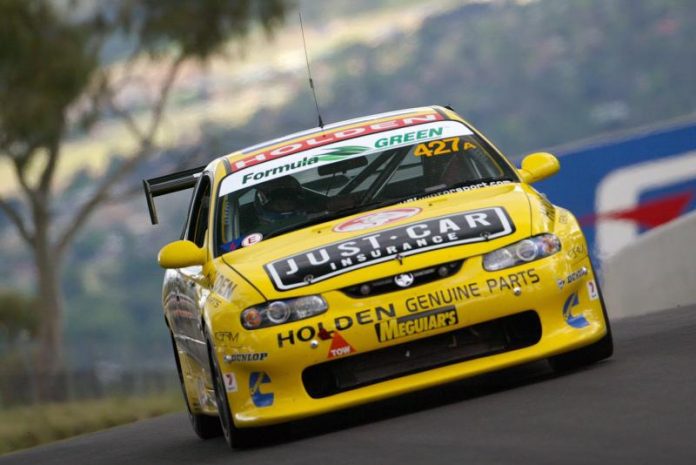 ONE of the highlights of the many off-track activities at next month’s Supercheap Auto Bathurst 1000 is the car display celebrating the Bicentenary of the City of Bathurst.

Announced today as one of the star attractions of the display is the amazing Holden Monaro 427 – the inaugural winner of the Bathurst 24 Hour race in 2002.

This car was the first of two seven-litre, 427 cubic-inch V8-powered Monaro racecars built by Garry Rogers Motorsport for Holden and was driven to victory in 2002 by a team of four drivers; Garth Tander, Steven Richards, Nathan Pretty and Cameron McConville.

The Monaro completed 532 laps of Mount Panorama over the 24 Hour race time, 21 laps more than the second-placed Mosler.

After the 24 Hour the Monaro was campaigned in the Nations Cup series by GRM. Peter Brock then raced the yellow Monaro, renumbered as 05, in the four Nations Cup races held at the Australian Grand Prix meeting at Albert Park in 2003. Brock won all four races.

Nathan Pretty later campaigned the Monaro in the 2003 Nations Cup series, taking round victories at both Symmons Plains and Winton, finishing third in the championship.

The car again competed in the Bathurst 24 Hour race in 2003 utilising the same driver line up. In 2003 it finished second to its sister car (a red #05 version driven by Peter Brock, Greg Murphy, Jason Bright and Todd Kelly) in a Holden Motorsport 1-2.

Garry Rogers Motorsport retains ownership of the car and it was recently part of his 70th birthday celebrations at the Coates Hire Ipswich SuperSprint at Queensland Raceway.

The Monaro forms part of varied display of cars in Harris Park at Mount Panorama next month to celebrate the Bicentennial year of the City of Bathurst.

A range of other interesting cars from the 75-plus year history of racing at Bathurst will be also be part of the display with an overall value in excess of $10 million.