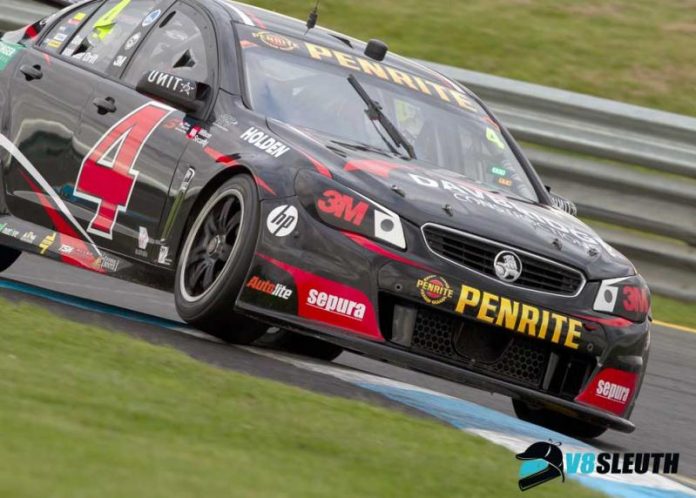 After two seasons on the sidelines, its ex-HRT Commodore VF has found a new home …

AFTER two seasons on the sidelines, Erebus Motorsport’s remaining Walkinshaw-built VF Commodore has found a new home for 2019.

The car, last raced in the Supercars Championship in 2016 by Shae Davies as the team’s #4 entry, has been acquired by Image Racing for this year’s Dunlop Super2 Series.

Image team owner Terry Wyhoon will add the car to run alongside his existing ex-Walkinshaw/Erebus car driven last season by Adam Marjoram. Marjoram is working to raise the necessary budget to continue in the Super2 Series, while 2018 team driver Jordan Boys is returning to the squad

Image has bolstered its stocks in the off-season with the addition of former Walkinshaw Racing engine man Brian Cottee as crew chief and today the team was confirmed to again be part of Erebus Motorsport’s Academy program for 2019.

The alignment includes technical support for the team’s Super2 campaign.

“With several main series teams now running in Super2, it has become increasingly important for us to have access to an improved infrastructure, such as engineering advice, race strategy, and shared driver feedback,” says Wyhoon.

“We believe we have a reputation for blooding young drivers, and with the increase of the main game teams in our category it narrows the opportunity for driver progress.

“A closer alliance with Erebus will bring our drivers closer to being able to see the way forward in Supercars, and we also believe the improvements within Image Racing will also bring the Super2 drivers to a higher plane.”

Click here for subscribers to read the full history of this chassis.