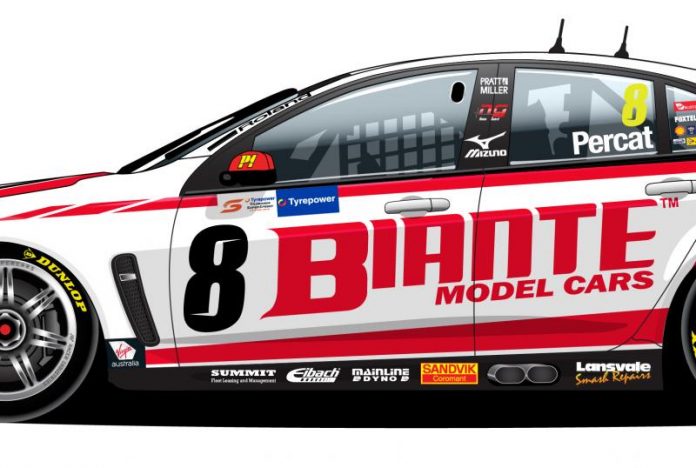 The model car company is a long time backer of Brad Jones Racing and, while it has been a naming rights backer on one of the team’s Dunlop Super2 Series cars before, this is the first time a Biante-designed and branded livery has been seen in the main Virgin Australia Supercars Championship.

“We’ve had an association with Biante for over 20 years and it’s fantastic that they are taking up this opportunity to be the naming rights sponsor at Tasmania,” said team co-owner Kim Jones.

“There is a strong model car collectors group in Australia and the drivers, Brad and I get to meet many of them through the Biante Collectors Nights. The #8 Biante car is going to look sensational on track and I’ll definitely be adding one of these BJR Biante Model Cars to my collection.”

An official call for orders for the Biante/BJR Commodore – as well as the rest of the 2017 Supercars Championship teams models that Biante will be producing this year – will be coming soon.