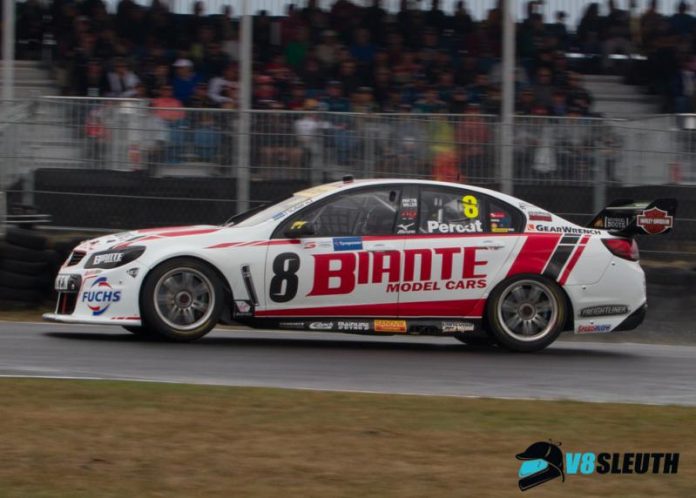 V8 SLEUTH has kicked off the 2018 motorsport season with more good news and is proud to announce an expansion of its long-term relationship with Perth-based Biante Model Cars.

The Australian model manufacturer and distributer have a long history of producing quality models of a range of current and classic Australian and international race and road cars.

Biante Model Cars have filled cabinets across Australia and will be available for purchase in the coming weeks here in our V8 Sleuth Online Store.

Biante was formed in 1992 and have grown their range to include some of Australian motorsport’s most famous and collectable cars.

The announcement follows on from V8 Sleuth’s existing arrangement with Biante to provide content, editorial and research support for its ongoing works and model releases.

“We have a long and proud history with Biante, who have been long-term supporters of Australian motorsport,” says V8 Sleuth’s Aaron Noonan.

“The model car industry is one we’ve had a close connection with for many years and this is the latest step in expanding our V8 Sleuth Online Store’s offerings to race fans all over the country with model cars from different organisations.

“We’ll be in a position to offer some bundle packs to customers with model cars coupled with publications, prints, posters, DVDs and much more, offering some significant savings all round.”

Biante recently announced the 1994 Sandown 500-winning EB Falcon of Dick Johnson and John Bowe is in production and will be available soon with future models to follow.

The V8 Sleuth Online Store was confirmed late last year as stockists for the new Authentic Collectables model range with the addition of Biante the first of many exciting announcements for the store this year.

The Authentic Collectables-produced 2017 Bathurst-winning Erebus Commodore VF of David Reynolds and Luke Youlden is already available to pre-order here through the V8 Sleuth Online Store with stock from Biante Models Cars to be added to the website in upcoming weeks.