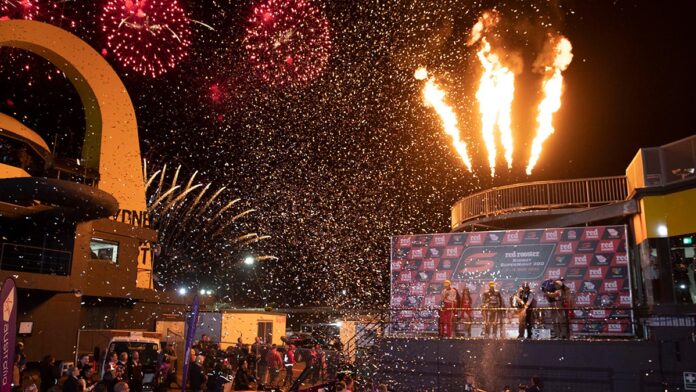 THE best-performed driver across all four of Sydney Motorsport Park’s Supercars rounds is set to cop a sizable reward.

Beaurepaires is putting up a $25,000 cash prize to the driver who accumulates the most points across the four rounds, while the winner will also receive the Beaurepaires Sydney Cup trophy.

“This will add another element of excitement for fans and drivers over four weeks of racing at Sydney Motorsport Park,” Supercars CEO Sean Seamer said.

“Thank you again to Beaurepaires for their continued support of Supercars in 2021 and the first-ever Sydney Cup.”

A total of 1200 points are on offer across the 11 races at the four events.

The nine sprint races will be worth a maximum of 100 points each, with 150 points going to the winner of the two 250km races.

The first event, Bunnings Trade Sydney SuperNight on October 29-31, will be the first championship round held since Townsville’s double-header rounds over three months prior and will be simulcast live on Channel 7, FOX SPORTS and Kayo.

The trophy and the $25,000 cheque will be presented to the winning driver at the last podium presentation of the Beaurepaires Sydney SuperNight on November 21.