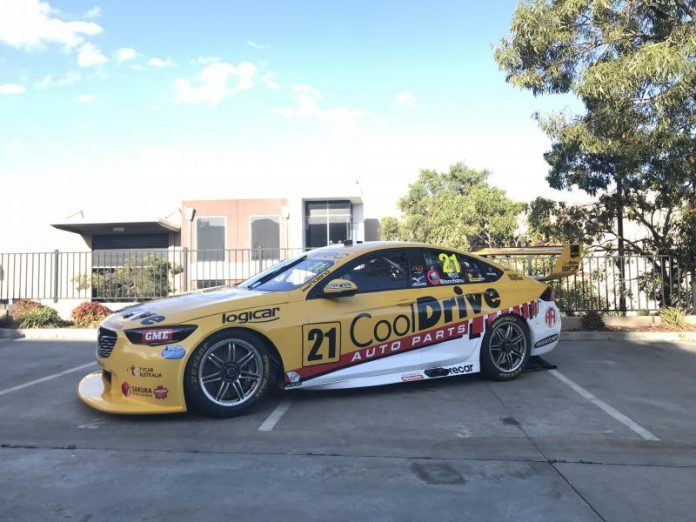 BRAD Jones Racing has revealed the last of its cars ahead of this weekend’s Sandown 500, showing off the re-liveried Cooldrive Commodore that pays homage to driver Tim Blanchard’s father John.

The retro livery replicates the 1993 Benson & Hedges BMW M3 that John campaigned during his only full-time season in the Australian Touring Car Championship.

Blanchard raced the #20 M3 alongside teammate Tony Longhurst during the 1993 season as part of a four-car BMW team alongside the Diet-Coke cars of Paul Morris and Geoff Full.

The season proved difficult for the Frank Gardner-run team with the little 2.5-litre BMWs hit with weight penalties and running against a field of freshly prepared Falcon and Commodore five-litre touring cars.

Blanchard recorded a best finish of ninth at the Winton round of the championship and came home 11th at Bathurst that year alongside British driver Jeff Allam.

“It was the last year of them racing before they introduced the first edition of the Supercar.

“It brings back a lot of memories for me and I’m really proud to see Tim honouring that. I can’t wait to see it on track this weekend.”

Blanchard’s son Tim will embark on his seventh Sandown 500 this weekend alongside co-driver Dale Wood, 25 years on from his father carrying the distinctive yellow, black and white colours.

“The livery is going to resonate with a lot of the old school Supercar fans which is what we believe the retro is all about.

“I was quite young when Dad raced the BMW but it brings back a lot of childhood memories for me trackside.”

The retro BJR Commodores will hit the track on Friday for opening practice ahead of Sunday’s Sandown 500 that gets underway at 1:20pm AEST with live coverage on both Channel 10 and FOX Sports.