Home News BLANCHARD STEPS DOWN FOR 2019 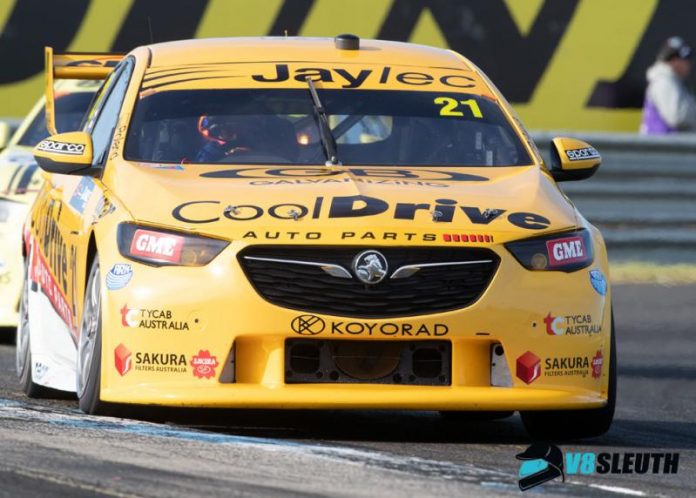 Seat available in CoolDrive Commodore for 2019 …

TIM Blanchard will step down from full-time Supercars Championship racing at the end of the season.

The CoolDrive pilot has spent the last three seasons in the Brad Jones Racing garage and, since late 2016, has owned and operated an entry under his family’s own Racing Entitlements Contract (REC), Tim Blanchard Racing.

No replacement driver has been named for the #21 Commodore, though Blanchard – who won the Australian Formula Ford Championship in 2007 and made his Supercars debut at the 2010 Phillip Island 500 – has confirmed he will continue as a co-driver in the endurance events.

“I still enjoy driving and will continue to do so in the Pirtek Endurance Cup alongside any other opportunities that arise,” he says.

“It is obviously a very tough decision to step down from full time driving, but a decision I have made myself and one that I am comfortable with.

“Supercars is more competitive than ever before with very little separating the entire field, nevertheless the results haven’t been to the standard I would like, and therefore I had to start thinking about what changes needed to occur for this to change and what I wanted to achieve personally longer term.

“I have a keen interest in the management side of the sport and am keen to start exploring that.

“The purchase of the REC was always part of a longer-term plan that included post my full-time driving career. Tim Blanchard Racing (TBR) will continue its association with BJR in 2019 and I will be involved in ensuring that TBR is set up for a long and successful stint within Supercars.”

“We are still working out who will drive the TBR entry in 2019, I had to decide on my own driving first and now that decision has been made we will work on assessing all realistic options in the coming weeks.”