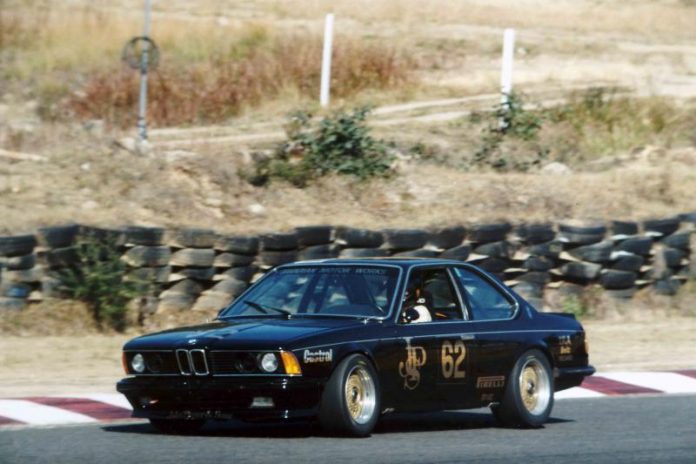 The popular expatriate New Zealander, who has called Australia ‘home’ for more than 40 years, will mark the occasion in company with the Team JPS BMWs that brought him the first two of his four Australian Touring Car Championships in 1985 and 1987.

Significantly, Richards’ Patronage coincides with BMW’s 100th Birthday celebrations worldwide, which will kick off in Australia at the Phillip Island Classic with a major display of old and new road and racing models by the BMW Car Club of Victoria.

The BMW has been painstakingly restored to the same Group C spec that Richards raced it in 1983 and 1984. The car was well-known for carrying a ‘periscope’ in-car camera in the 1983 James Hardie 1000 at Bathurst.

Richards will also bring his own ex-JPS Team BMW M3 to the meeting – a car he drove in the early rounds of the 1987 ATCC on his way to win his second title – while Shannons may also display the ex-Neville Crichton BMW 635 JPS Team car that Richards also owns, but never actually raced it in the period.

“Those years racing the JPS BMWs with the late Frank Gardner are very special to me,” said Richards.

“While I had already won Bathurst three times with Peter Brock, driving for Frank Gardner’s JPS Team from 1982-1987 was the turning point of my career.

“I was the lead driver of my own team and won two Australian Touring Car Championship.”

A number of other well-known racing BMWs are expected to join Richards on track at March’s Phillip Island Classic, including the 635 Coupe that he drove to win his 1985 title.

On his way to victory in this famous car he set a record of six straight ATCC round victories and also won Amaroo’s AMSCAR Touring Car Series, plus the 1985 Manufacturers’ and Endurance Series, making it one of Australia’s most successful racing cars.

Richards purchased the 635 from a subsequent owner in 1990, but passed up plans to restore it, believing the task to be too great.

The BMW has since been painstakingly brought back to its full 1985 ATCC-winning spec after a major restoration by its current owner, Adrian Brady.

The 2016 Phillip Island Classic meeting is shaping up to be one of the best on record, with more than 400 entries expected by the New Year – comfortably up on last year.

Significantly, around 30 of these are Touring Cars of the 1970s and 1980s in the combined Group C & A races on the programme that will include a feature 10-lap race on the Saturday of the meeting.

Another 30 or more cars are again expected to come to the ‘Classic from overseas, including from the USA, Britain, Europe and New Zealand.

As in previous years, the meeting is being staged by the Victorian Historic Racing Register with continued support from Penrite, Shannons and CoolDrive.