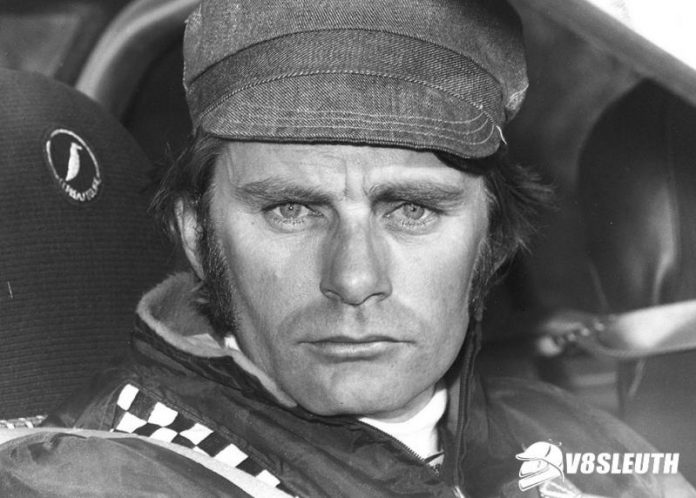 WHEN it comes to legends of Mount Panorama and Australian motorsport in general, Colin Bond is one of the first drivers on the list.

Versatile, fast and talented beyond belief, ‘Bondy’ holds a very special place in motorsport history as the only driver in history to have won both the Australian Touring Car Championship and Australian Rally Championship.

It’s a feat that will never again be matched and, when you also consider Bond won the Bathurst endurance classic when it was a 500-mile race in 1969 with the Holden Dealer Team in the team’s inaugural appearance, his trio of trophies is most certainly not going to be matched in our lifetime.

Bond was a foundation member of Holden’s original factory racing squad, the famous Holden Dealer Team, scoring victory at Bathurst in 1969 in a HDT Monaro GTS 350 alongside rally ace Tony Roberts in just his third start in ‘The Great Race’.

“You had to nurse the cars in those days, they were Series Production cars and the brake systems weren’t too flash,” Bond said in recent years of the era.

“It was the same old story, to finish first, first you had to finish. It (1969) was also the last time a Bathurst race was won by a car on radial tyres, everyone ran race tyres after that.”

He later went on to win the ATCC in 1975 in a HDT-run Torana L34, marking back-to-back ATCC crowns for the Harry Firth-run team after Peter Brock had won the 1974 crown.

Based in Sydney, Bond regularly represented the HDT at his local tracks at Amaroo, Oran Park and Warwick Farm in New South Wales, though he also won the Sandown endurance classic ‘down south’ in Melbourne in a Torana XU-1 in 1971.

But Bond’s abilities on bitumen were only one part of his all-round driving skill.

He claimed three Australian Rally Championships for the HDT in the space of four seasons, sealing the national title in 1971, 1972 and 1974 at the wheel of six-cylinder XU-1 Toranas.

He was part of the Holden Dealer Team’s Bathurst line-up every year from 1969 to 1976, each year a contender for victory.

He drove solo in the new, though still very fragile XU-1 Torana, in 1970 and ran solo again in 1971 to finish fourth overall and win his class.

The early wet conditions – coupled with being placed on intermediate tyres rather than more suitable wet weather rubber – saw him crash and roll on the early laps in ’72 before he returned to finished third in 1973 alongside Leo Geoghegan.

The first V8-powered Torana arrived in 1974 and Bond and Bob Skelton were contenders though had problems and finished fourth before Bond and Johnny Walker were third in 1975.

Bond’s last Bathurst with the HDT came in 1976 alongside John Harvey, the duo finishing second to the limping Torana L34 of privateers Bob Morris and John Fitzpatrick after the fan belt had come off the HDT-run Torana.

After finishing fourth, third and second in successive years, the numbers were trending in the right direction for Bond at Bathurst with the HDT, however he elected to move on for 1977 and join Allan Moffat’s team.

Bond later drove a wide variety of cars at Bathurst, however his 28th and final ‘Great Race’ in 1994 came at the wheel of a Holden product, sharing a VP Commodore run by Fred Gibson’s team to sixth place with the late Anders Olofsson.

Inducted into the Supercars Hall of Fame in 2002, Bond is 77 and he and wife Robyn remain regulars at Australian motorsport and motoring events around the country.