Home News BRABHAM BACK IN A SUPERCAR! 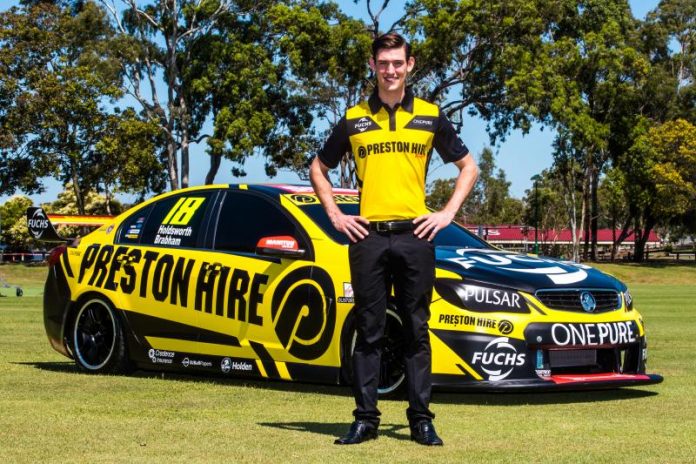 Third-generation racer gets endurance call up …

Brabham will mount up for his second appearance in a Supercar following a one-off drive for Lucas Dumbrell Motorsport at Barbagallo Raceway last year.

The 23-year-old is the grandson of three-time Formula One World Champion Sir Jack Brabhamand has forged a career in a variety of machinery in Australiaand overseas having won the US F2000 Championship in 2012 and the American Pro Mazda Championship in 2013.

Brabham also competed in the second round of the inaugural Formula E world championship in 2014 and made his Indianapolis 500 debut in 2016 driving for Pirtek Team Murray.

The youngster has more recently made appearances behind the wheel of a Stadium Super truck in the Speed Energy Formula Off-Road series, finishing second in last-year’s championship beforekicking off his 2018 season withclass C victory at the Bathurst 12 Hour alongside Tony Longhurst and Aaron Seton in a BMW M4 GT4.

Brabham will have his first hit-out behind the wheel of the Preston Hire Racing ZB Commodore duringthe Supercars test day this Fridayat Sydney Motorsport Park and says he is grateful for the opportunity.

“I have been fortunate to have some terrific days in my Motorsport career and this is certainly right up there. Supercars is obviously one of the world’s leading categories and I am tremendously grateful for the opportunity that Preston Hire Racing has provided me.”

“The one-off ride last year gave me a small taste of what Supercars is about and I can’t wait to get out there. Lee is a first-class operator and has always been good to me and I am sure we will compliment each other.”

Team owner Charlie Schwerkolt said he is looking forward to working with the young gun.

“There is no greater name in Australian Motorsport than Brabham and we are delighted that Matt has accepted our invitation to become a part of the Preston Hire Racing operation.

“Matt is a terrific young driver and young man and we believe he will be a valuable asset for our race team as we all progress to the next level.”