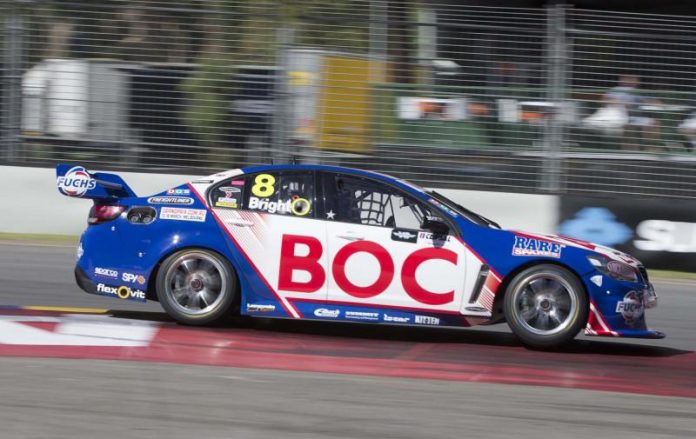 THE Team BOC Commodore V8 Supercar rolled by Jason Bright in a spectacular accident at last year’s Clipsal 500 in Adelaide is to going to be reborn.

Originally deemed a write-off after heavy chassis damage and advertised for sale as a memorabilia item earlier this season, the chassis will make a return to racing in 2016.

Brad Jones Racing co-owner Kim Jones confirmed to V8 Sleuth at the recent Castrol Gold Coast 600 that the chassis have had”all bar about three bars” replaced ahead of its return to the track next season.

It has been designated to become a BJR car in next year’s seven-round Dunlop Series.

The chassis – BJR 001 – was the team’s first completed Car of the Future specification V8 Supercar and was dubbed ‘The Mistress’ by the team.

Car of the Future V8 Supercars will be eligible to compete in the Dunlop Series from 2016 onwards, beginning with next year’s Clipsal 500 in Adelaide