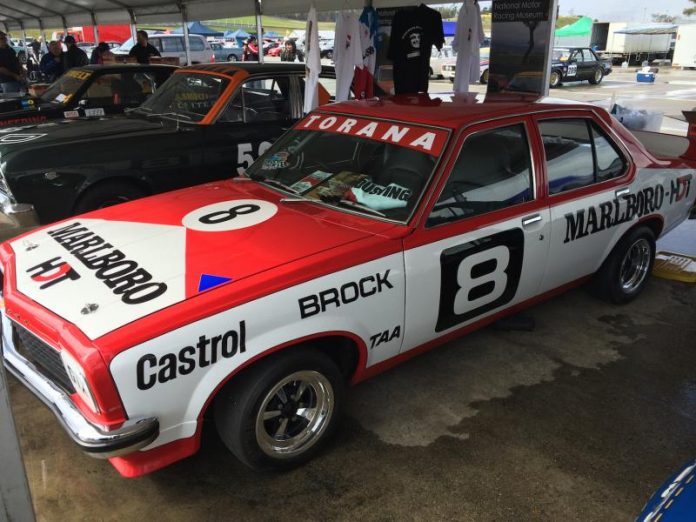 THE SLR/5000 Torana used by Peter Brock to help clinch his first Australian Touring Car Championship in 1974 is being offered for sale.

Brock drove it at the Adelaide International Raceway and Surfers Paradise rounds in the 1974 ATCC, helping him clinch his first of three championships.

No doubt it will make a great addition to a savvy car collector’s inventory and is expected to fetch a very solid price given its heritage and history.

V8 Sleuth recently featured this car in a column in AMC magazine. It comes with CAMS Certificate of Description and was most recently on display at Muscle Car Masters in Sydney in September.

The first HDT V8 racing Torana, it was also raced by Brock and Colin Bond in a few races after those ATCC rounds in 1974, but came to grief at Lakeside in the 4IP Production 500 event for touring cars when a right brake disc collapsed and he speared off into a bank.

It was then sent across to Perth to Wayne Negus once repaired and passed through the hands of four more owners before being purchased in 2007 by Hatfield of Ballarat.

“The COD process took two and a half years and I sponsored Telstra to do it!” says Hatfield.

“We chased up everyone that worked on the car.

“It’s still got the original roll cage in it. We had to start again with a fresh motor but Ian Tate went back through and found details in his diary of what he’d done for the engines back in 1974.

“He’s done the same thing as he did back then and when they put it on the dyno it had 325 compared to 305 from back in the day.”