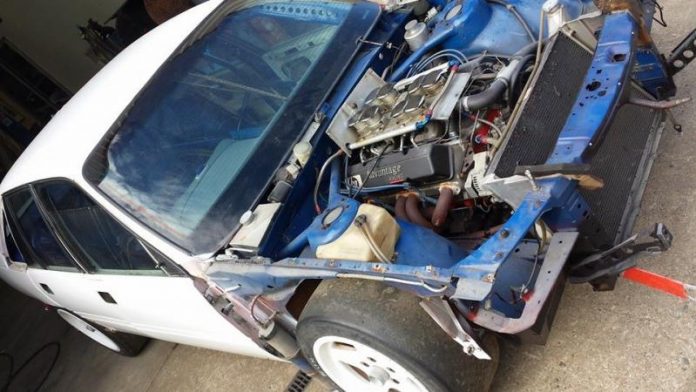 The King’s Advantage Racing Mobil VP is back home

PETER Brock’s 1993 Mobil 1 Racing Holden Commodore VP touring car has arrived back in Australia and is undergoing a birthday.

The Advantage Racing-built V8 racer was driven by Brock in the 1993 Australian Touring Car Championship as well as the Sandown 500 and Tooheys 1000 at Bathurst, where Scot John Cleland shared driving duties.

And yes – it’s the same car that broke the tailshaft at high speed on Conrod Straight and prompted the two-time British Touring Car Champion to unleash some choice words on the in-car camera!

It was sold to privateers Tony Scott and Greg Crick in 1994 before being on-sold to Kiwi Ed Lamont, who has stored the car in New Zealand for nearly two decades.

Recently purchased by Australian car collector Dean Montgomery, the car is being prepared to be repainted – as this imagefrom Australian 5-Litre Touring Car Association PresidentTroy Kelly via Facebook shows.

We look forward to seeing the Mobil VP back in full war paint soon!