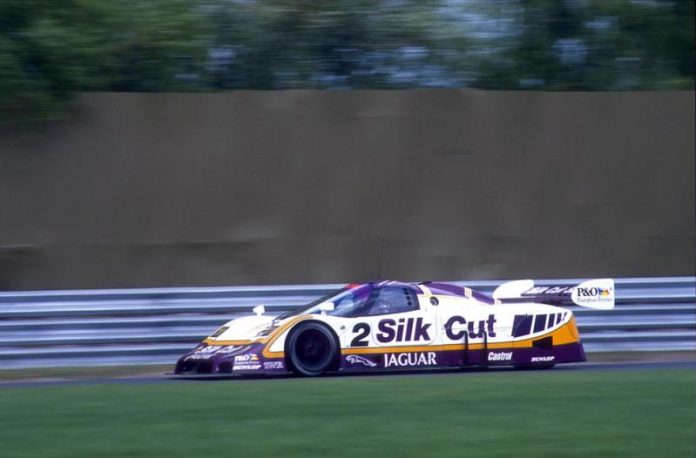 JENSON Button’s post-Formula 1 motor racing life has taken him to Japan to race a Honda Super GT car this year but his 2018 schedule will also include an appearance at this July’s Le Mans Classic at the wheel of one of the mighty 1988 Silk Cut Jaguar XJR-9s.

The seven-litre V12-powered Jaguar he will drive is one of two cars that actually competed here in Australia at the season-ending Sandown Park Supersprint in November 1988, the final round of the Sports-Prototype World Championship.

The car Button will drive – chassis 688 – made its racing debut earlier that year at Brno with Johnny Dumfries and Jan Lammers finishing third. It also finished runner-up in the Spa 1000 driven by Lammers and Martin Brundle.

The car was the #2 Silk Cut Jaguar at Sandown when it made the trip to Australia three decades ago run by Tom Walkinshaw Racing with Dumfries and Lammers driving.

It finished fourth behind the pair of Sauber-Mercedes C9-88s and the sister Jaguar crewed by Brundle and Eddie Cheever.

Chassis 688 competed again in the 1989 championship before it was returned to TWR. It passed through the hands of several collectors before being restored and sold by JD Classics at auction last year.

The Le Mans Classic will be held on July 6-8 while this weekend sees the Le Mans 24 Hour held, where Button will make his debut in the famous French race at the helm of a BR Engineering BR1-AER Prototype.