Home News BY THE NUMBERS: FACTORY HOLDENS AT BATHURST 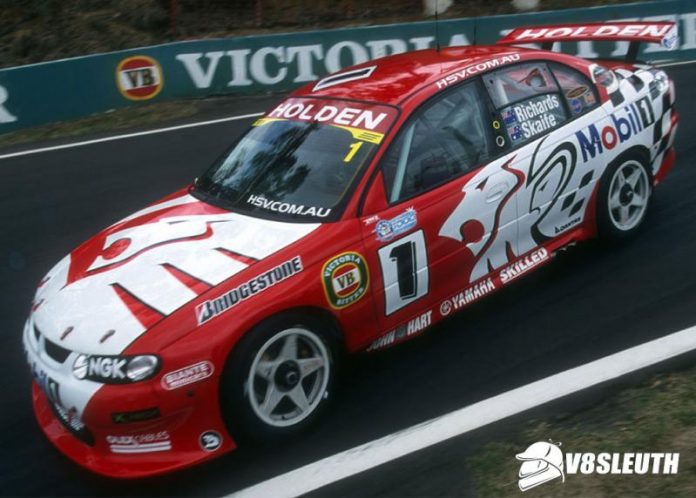 Here a few of the impressive, interesting, and flat-out quirky numbers behind 50 years of Holden factory entries in Mount Panorama’s iconic endurance race.

6
The biggest winning margin for a factory Holden entry in the Bathurst 1000 is six laps, recorded by Peter Brock and Jim Richards in 1979 in the #05 Holden Dealer Team Torana A9X. It’s also the only occasion where a factory Holden entry has led every lap of the race – in which Brock set a new lap record on the 163rd and final tour!

11
The number of Bathurst wins for factory Commodore entries, the works team’s most successful vehicle at Mount Panorama. The VH and VX Commodores are the most successful individual models with two victories apiece – and in both instances, the exact same chassis won the race twice!

12
A Holden factory entry has started the race from the coveted pole position on 12 occasions, the first time in 1974 and the most recent in 2009. Peter Brock and Mark Skaife were the biggest contributors with four poles apiece.

30
The amount of different race numbers used by factory-backed Holden entries since 1969. The most common is the #2 in 21 starts at Mount Panorama, while the highest racing number is the #97 used by Shane van Gisbergen’s Red Bull Holden Racing Team car in 2017 and 2018. The team’s use of the #888 for its Jamie Whincup/Craig Lowndes entry this year will move the tally to 31.

40
The number of the third factory entry in the 1988 Bathurst 1000; of the 103 factory Holden entries, this is the only one which was never intended on starting the race – it was a backup car for the combined Larry Perkins/Tom Walkinshaw Holden Special Vehicles squad, and was only used in practice sessions.

49.7317
The difference in seconds between the qualifying times of the fastest factory Holden entries in 1969 and 2018. Colin Bond and Tony Roberts qualified their race-winning Monaro HK 350 GTS seventh with a 2m53.8s lap, while Jamie Whincup set a 2m04.0683s lap in last year’s Top 10 Shootout to secure second on the grid for he and Paul Dumbrell – and J-Dub had the Chase to negotiate!

61
The number of factory Holden entries to have made the cut for the qualifying Shootout that has set the pointy end of the grid for the Bathurst 1000 almost every year since 1978, across various forms as a Top 10 or Top 15 Shootout, and through eras where each driver had two attempts to today’s one-lap blast.

62
A total of 62 drivers have raced Holden factory entries at the Bathurst 500/1000. Of that group, Peter Brock made the most race starts in factory Holden entries with 20 across four different stints under the Holden banner – including one race (1983) where he started in one car and finished it in another!