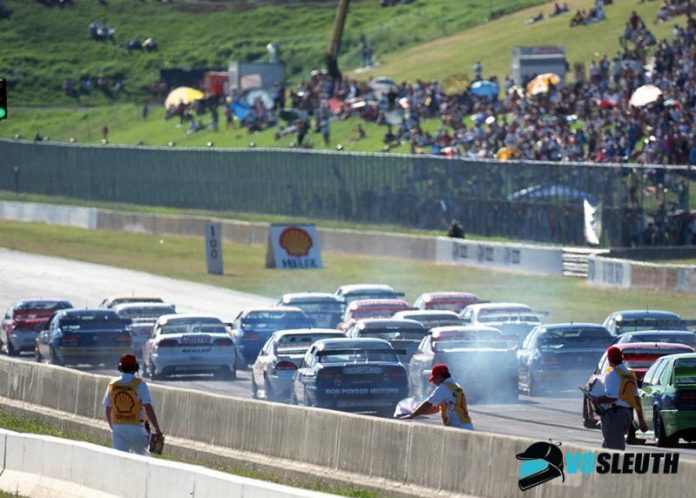 CAMS has welcomed the V8 Sleuth Touring Car Classic onto the bill for one of its Shannons Nationals rounds in 2019.

The brainchild of V8 Sleuth MD Aaron Noonan and Kumho Super3 Series category manager Liam Curkpatrick, the event has been created primarily to cater for the huge interest in early era five-litre/V8 Supercars among collectors and prospective racers.

ELIGIBLE CARS: What cars can race in the V8 Sleuth Touring Car Classic

The event will run as part of the CAMS Shannons Nationals round at Winton Motor Raceway on August 31/September 1.

“We’re really thrilled to support the Touring Car Classic concept and make it part of our Winton round of the Shannons Nationals later in the year,” Michael Smith, General Manager of Motor Sport for CAMS, said.

“The concept of celebrating Australian touring car racing in this way is a really exciting one.

“The cars and eras covered by this Classic format are diverse and will bring back many memories for fans of V8 and two-litre racing from the last few decades.”

For further details or to receive an information pack and/or entry form, please contact via the V8 Sleuth website HERE.