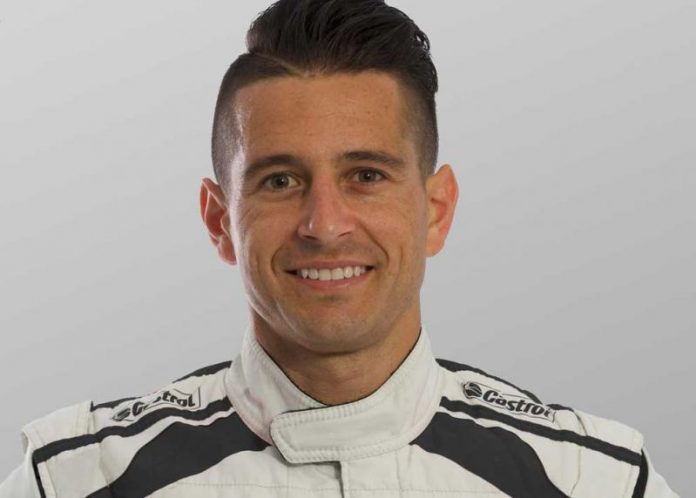 After losing full-time seat, Michael Caruso has found a home for the Pirtek Enduro Cup…

MICHAEL CARUSO will pair with Cameron Waters at Tickford Racing for the 2019 Pirtek Enduro Cup.

The 35-year-old shifts to the hired gun role after 11 seasons racing full-time in the Virgin Australia Supercars Championship, his deal with Kelly Racing concluding at the end of 2018.

The deal will see him combine with Waters in the team’s No.6 Ford Mustang at the Supercheap Auto Bathurst 1000, Vodafone Gold Coast 600 and Sandown 500.

“I’m happy to join Tickford Racing, particularly with the Mustang coming on this year,” Caruso said.

“That and driving with Cam, no doubt it’s going to be a fantastic partnership. We’ve got a great relationship from the past, we both race hard, and we’ll hopefully fight for some great results at this year’s Enduros.

“I wanted to team up with a team, car, and driver where the combination would work well and give us the opportunity to win races, and this is a fantastic place to position myself to do that.

“I haven’t spoken to Cam, but I’m pretty sure we’re on the same wavelength, and we’re going there to win.

“We’ve got a strong line up in our camp, and the way the Enduro pairings are shaping up up and down pit lane, you need to have two really strong drivers to have a chance to win, so I’m looking forward to teaming up with Cam and seeing how we go.”

The team has yet to confirm who will join Holdsworth in the No.5 Bottle-O Ford come the enduros, while 23Red Racing, which will operate as the fourth car out of the Tickford stable in 2019, has also yet to announce Will Davison’s Enduro Cup partner.

The team’s other co-drivers from last year, Dean Canto and 2017 Enduro Cup co-champion Steve Owen, both came to the end of two year deals with Tickford at the end of 2018.

Canto confirmed in December that he will not be returning to the team, ending an 11-season co-driving relationship.