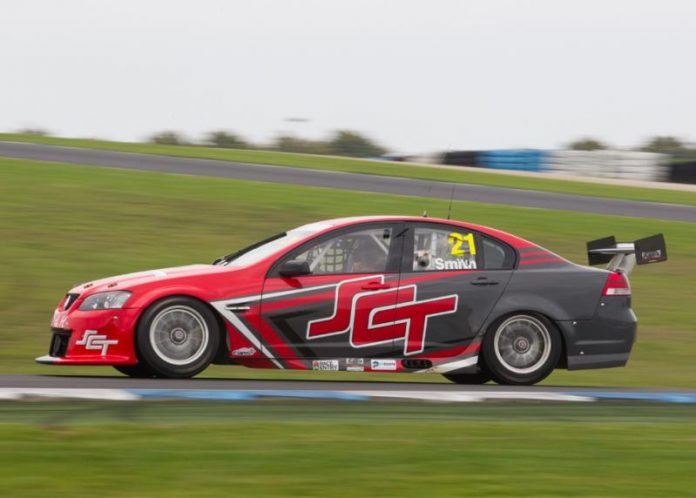 A 22-car entry list has been revealed for the 2018 Kumho Tyre V8 Touring Car Series on the eve of the first round at Phillip Island this weekend.

Among the entrants is defending series Champion Jack Smith who, along with Brad Jones Racing, is returning to the Kumho Series in a double effort that sees the youngster also racing full-time for the Albury team in the Dunlop Super2 Series.

The 18-year-old won three of the five Kumho Series rounds in 2017 on his way to the title and comes into the 2018 season opener off the back of his best Super2 weekend at Tasmania’s Symmons Plains.

Smith says the Kumho Series round will expand his learning in a busy year for the teenager.

“We evaluated it and decided to do a couple of rounds to fill in the gaps between the Super 2 rounds and keep my eye in, Phillip Island is my favourite circuit too so it was a good fit,” Smith told V8 Sleuth this week.

“Even though the cars are a bit different it’s still relevant and always great to keep learning.”

BJR will contest the Kumho Series part-time in 2018 with no solid plans past the Phillip Island event, where the team will once again use the car Smith raced in 2017 – WR 011.

The car was built in 2010 for BJR but wasn’t used until the endurance races that season where Jason Bright and Matt Halliday debuted the chassis as the #14 Trading Post VE Commodore in the L & H 500 at Phillip Island.

It’s perhaps best known for giving BJR its very first Supercars Championship race win via Jason Bright at Barbagallo in 2011 and achieved YouTube stardom at Bathurst that year when he took NASCAR legend Darrell Waltrip on a hot lap of the iconic circuit.

Watch Waltrip’s ride in this car in the video below …

Andrew Jones drove the car in the Super2 Series in 2013 and 2014 before BJR used it in their first foray into the Kumho Series in 2016 with Josh Smith.

V8 Sleuth is proud to once again partner with the Kumho Tyre V8 Touring Car Series for 2018 with a solid field set to kick off the season at Phillip Island from April 20-22.

The series will race at four Supercars Championship events in 2018 as well as the Australian Muscle Car Masters at Sydney Motorsport Park in June – Check out the full calendar and series information here.