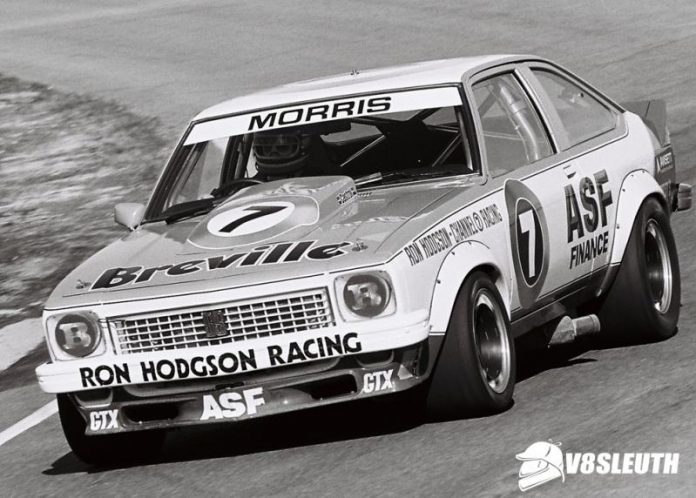 ONE of two Holden Torana A9X race cars used by Bob Morris to win the 1979 Australian Touring Car Championship will return to racing this weekend.

Andrew Cannon will have his first race aboard one of the two green, white and blue machines in the opening Heritage Touring Cars round for 2019 at the VHRR’s Phillip Island Classic.

The event will mark Cannon’s first race behind the wheel of the Group C car after purchasing both ex-Morris A9Xs in recent years.

Morris and longtime patron Ron Hodgson won the 1979 ATCC in a final round showdown at Adelaide International Raceway against the might of Peter Brock and the Marlboro Holden Dealer Team, Morris winning a season-long battle where the Hodgson team used both of its Toranas across the campaign.

The car that Cannon will race at Phillip Island was originally purchased from the Hodgson team by Peter Brierley at the end of the 1979 season.The car emerged in the early 2000s after an immaculate restoration by the Hinton family, who received half-ownership of the car in return. Chris Hinton campaigned the car in historic racing, winning the inaugural Murray Carter Trophy at Phillip Island in 2005.

Cannon’sother ex-Morris car was originally purchased by Peter Briggs soon after the 1979 season wrapped up and was on display in the York Motor Museum untilputup for auction in 2017.

“The Bowdens, who are friends of mine, rang me and said there’s one up for sale in Queenslandand I decided to go and have a look at it,” he told V8 Sleuth.

“I thought it was really a good car so I bought the first one, and at the same time the Briggs car – and Peter Briggs is a friend of mine from sailing – came up for sale at auction.

“I thought to myself, what an opportunity to put the two cars back together again.”

Pictures of both Morris A9Xsand every other Holden that competed in the Bathurst 1000 can be found in our limited edition book Holden At Bathurst, The Cars: 1963-2017, the ultimate photographic history of ‘The General’ at the Mount Panorama enduro.

Click HERE to order your copy from the V8 Sleuth Range at Authentic Collectables.

Cannon will have both cars at Phillip Island this weekend, although the ex-Briggs’ car’s originality means it is unlikely to line up on a starting grid any time soon.

“The Briggs one hasn’t really been raced since Bob raced it in earnest. It’s a bit of a time warp,” he said.

“It’s running, and the plan is that it’ll be demonstrated at Phillip Island with the other car. But the thought of racing it – with its original panels, markings and stuff, it’s really nice to have that.

Cannon recently drove his first laps behind the wheel of the ex-Hinton A9X at and was suitably impressed.

“I was down at Symmons Plains last Monday,” he said. “I found it really nice to drive, it’s got incredible grip. I can’t wait to race it at Phillip Island!”