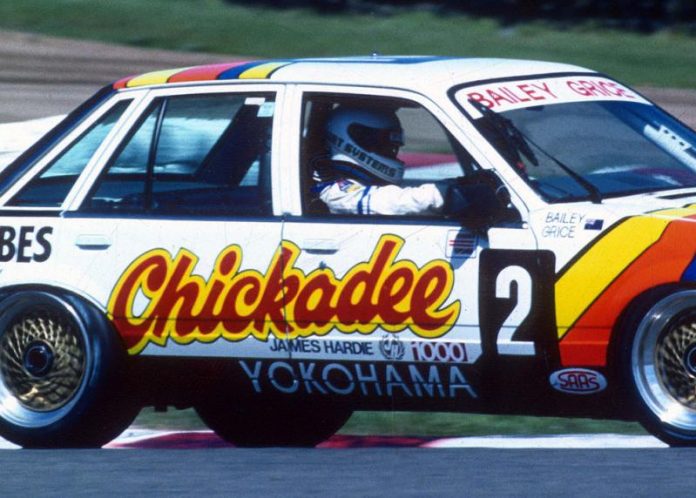 BATHURST’S National Motor Racing Museum is receiving an influx of famous Holdens ahead of next weekend’s Supercheap Auto Bathurst 1000, including two of the General’s privateer Bathurst-winning machines.

Today (Thursday) the Museum welcomed back the 1976 Hardie-Ferodo 1000 winner – the Ron Hodgson Motors L34 Torana driven by Bob Morris and John Fitzpatrick – after the successful Holden has spent the last couple of months in the Bathurst Regional Council workshop receiving a tidy up.

The second privateer car confirmed to make its National Motor Racing Museum return is the 1986 Bathurst-winning Chickadee Commodore VK, which is set to arrive early next week.

Driven to victory by car owner Graeme Bailey and Allan Grice, the privateer squad blew away their more fancied rivals to take a popular win in ’86 – one that was celebrated at the recent Sandown 500 by Erebus Motorsport with its retro livery based on the Chickadee paint scheme.

Both the L34 and the VK Commodore form part of a special exhibit celebrating the 50th anniversary of the first Holden win at Mount Panorama in 1968 which the museum established to showcase the best of Holden’s Bathurst-winning cars through the decades.

“We had a sensational response from car owners about this exhibit,” Museum Coordinator Brad Owen told V8 Sleuth.

“We’ve got nine cars so far and a good range from throughout the decades, it’s going to be fantastic having them all together and I’m sure the fans will love seeing them in one place.”

The exhibit will also include the 1979 Bathurst-winning A9X Torana that Peter Brock took one of his most famous victories aboard – crushing the opposition by six laps in combination with co-driver Jim Richards.

From a replica of the first Holden to win Bathurst – the 1968 HK GTS327 Monaro – to the 2015 Red Bull race-winning VF Commodore of Craig Lowndes, Holden winners from each decade will be present alongside the museum’s regular roster of cars and bikes on display.

Located within the circuit precinct on the outside of Murray’s Corner, the museum will operate under extended opening hours from Thursday to Sunday of race week from 8am to 6pm.

The list of Bathurst Holdens included in Holden Exhibit: